The common European currency has declined by 2.49% in value against the Canadian Dollar since the beginning of February. The decline began after the currency pair tested the 200– period simple moving average at 1.4714 on February 3.

As for this week’s trading sessions, the exchange rate will most likely continue to edge lower. Bears could drive the EUR/CAD pair towards the psychological level at the 1.4100 area.

However, the currency exchange rate might make an upside reversal from a support cluster formed by the weekly S1 and the monthly S3 at 1.4291 during the following trading sessions. 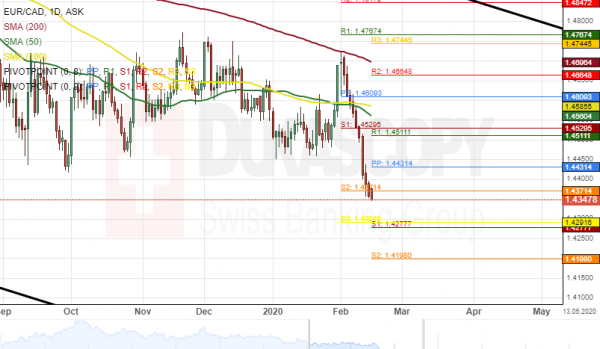