The pair is moving within the narrow range for the second day, with action being capped by 100DMA (108.96) and falling thin daily cloud.

Traders may also come out of their long positions ahead of extended Easter weekend that would further weigh on the greenback.

Markets will watch the performance of main counterparts (Euro, pound , yen) that would affect dollar.

Expect negative signal on break below 200DMA (108.32) that would unmask key near-term supports at 107 zone.

On the other side, break and close above 100DMA and thin daily cloud would generate positive signal for continuation of bull-leg from 106.91 (1 Apr low). 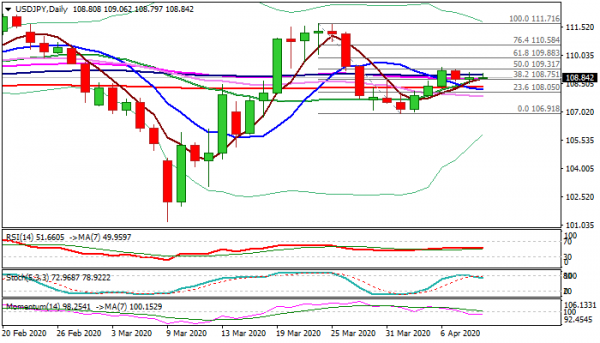