Brent Futures Pull Back from More than 3-Month Peak

Brent crude oil futures stretched their two-month rally to a more than three-month high of 44.00 last Tuesday before pulling slightly lower. The RSI seems to be gaining momentum above the 50 level, while the stochastic oscillator is ready to post a bullish crossover within its %K and %D lines above the oversold territory. The market trend is likely to hold on the upside as long as the price holds far above the moving averages in the short term.

In the short-term picture, the sentiment turned bullish after the price rebounded on 19.96. 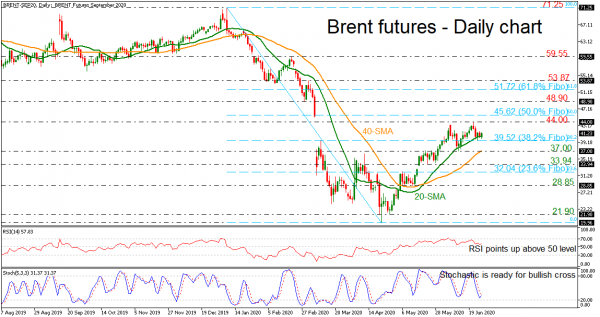