On Tuesday, the EUR/USD currency pair revealed a short-term ascending channel. During today’s morning, the pair was testing the lower channel line.

From a theoretical point of view, it is likely that a reversal north could occur in the nearest future. In this case the exchange rate could target the psychological level at 1.1340. 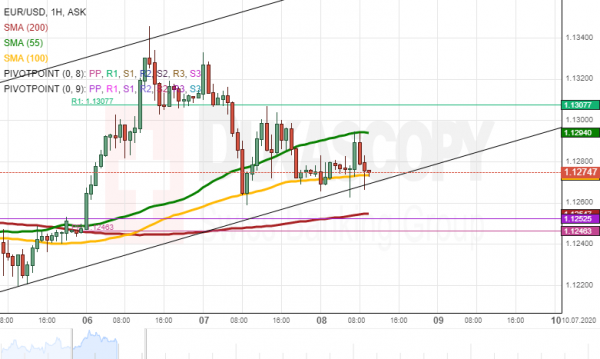