EURUSD had been in a strong bullish rally until it reached a new 27-month high of 1.1915 on Thursday, that caused the pair to correct down below the 1.1800 round number.

The technical indicators are losing momentum as the MACD completed a bearish crossover with its trigger line, while the RSI is hovering near the 70 level, failing to improve any positive actions. The 20- and 40-day simple moving averages (SMAs) are still heading upwards.

Concluding, in the bigger picture, EURUSD has been in an extremely positive tone over the last sessions, creating seven consecutive green weekly candles. 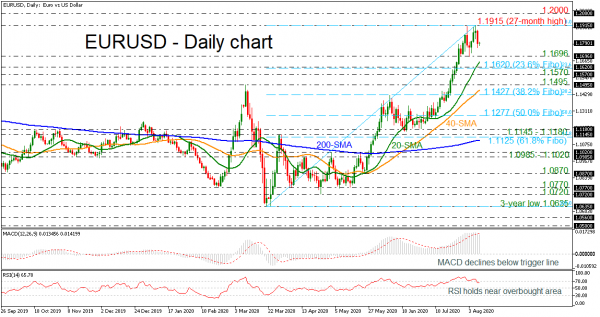