The New Zealand Dollar has declined by 3.98% against the Canadian Dollar since July 31. A breakout occurred through the lower boundary of an ascending channel pattern during this week’s trading sessions.

Given that a breakout had occurred, the exchange rate will most likely continue to edge lower during the following trading sessions.

However, the NZD/CAD currency exchange rate is likely to make a pullback towards a resistance level formed by the 50– period simple moving average during next week’s trading sessions. 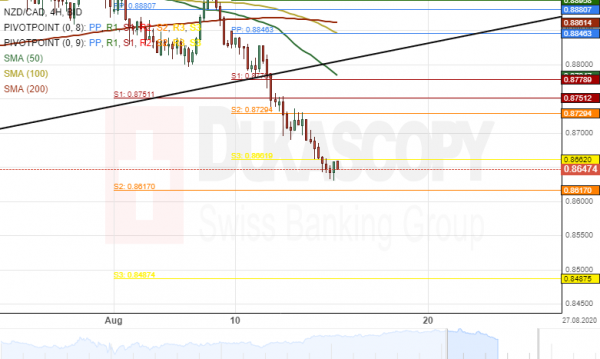