‘GBP is consequently one of the most attractive currencies to sell for an extension of the dollar’s interest rate rally.’ – JP Morgan (based on PoundSterlingLive)

The Pound suffered once again yesterday, falling deeper down against the US Dollar. The relatively sharp bearish momentum has been prevailing for nearly two weeks in a row now when the Cable retested the down-trend at 1.2570, and is expected to remain in the markets today as well. The GBP/USD pair could then fall towards 1.2119, namely the monthly S2, even though a possibility of bulls taking over still exists, as technical studies retain mixed signals. Moreover, a disappointment in today’s ADP Employment Change reading is likely to weaken the US Dollar, which would allow the Sterling to take the opportunity and recover some of previous two-week losses.

Traders’ sentiment remains bullish at 62%, but the portion of purchase orders declined over the day, namely from 60 to 54%. 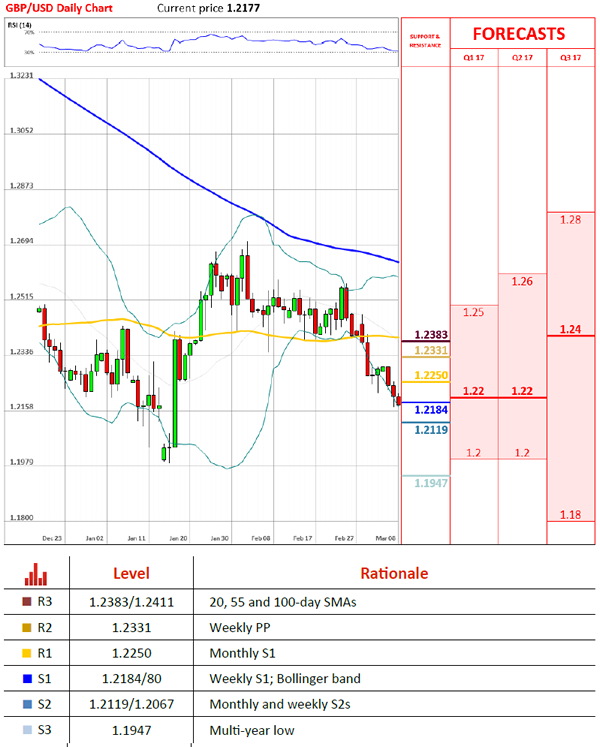 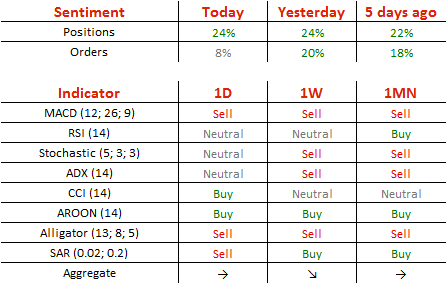