USDJPY continues to be robbed of directional momentum as the pair lingers, controlled by the 105.09 and 107.00 boundaries of a sideways pattern. The Ichimoku lines and the cloud propose minimal difference in price action, while the drifting tone of the simple moving averages (SMAs), reflects little promise in assisting a new direction.

Nonetheless, the short-term oscillators are slightly tilting towards an unfolding negative outcome. The MACD, in the negative region, has dipped below its red trigger line, while the RSI is falling in bearish territory, heading towards the 30 mark.

In brief, a break above 107.00 or below 105.09 is required to reveal the next direction in the short-term timeframe. 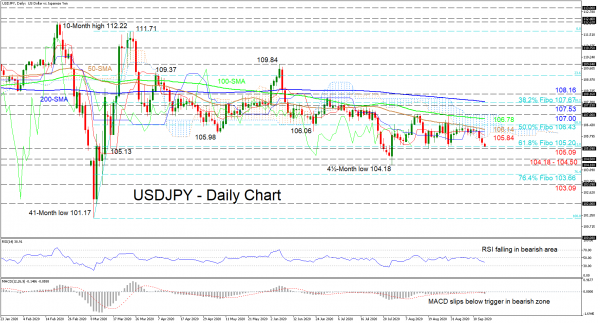