EURUSD has reversed back down after finding resistance at the 29-month high of 1.2009 achieved on September 1.

The momentum indicators are pointing to a neutral to negative bias in the short term with the RSI standing in the negative territory and the MACD heading south below its trigger line. Moreover, the 20- and 40-day simple moving averages (SMAs) are posting a bearish crossover, indicating a reversal move.

Concluding, EURUSD has been in a negative correction in the very short-term, while in the medium-term timeframe, the pair remains in a positive direction as it stands above the 200-day SMA. 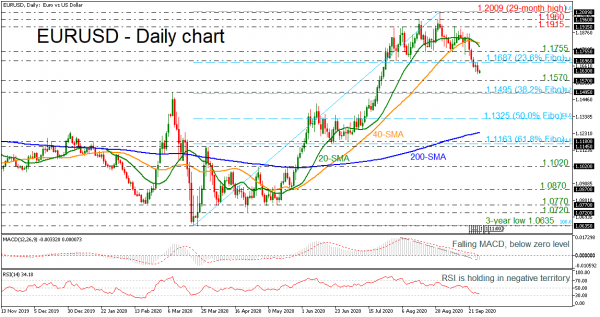