The common European currency has found support in the 55-hour simple moving average, which has been pushing the pair up since the afternoon of Thursday. In the meantime, the pair faces the resistance of the weekly pivot point at 1.1935.

In the case of the rate passing the resistance of the pivot point, the rate would aim the technical resistance at 1.1978.

On the other hand, if the 55-hour SMA fails to push the rate up, the EUR/USD could decline to the technical support levels near 1.1900. 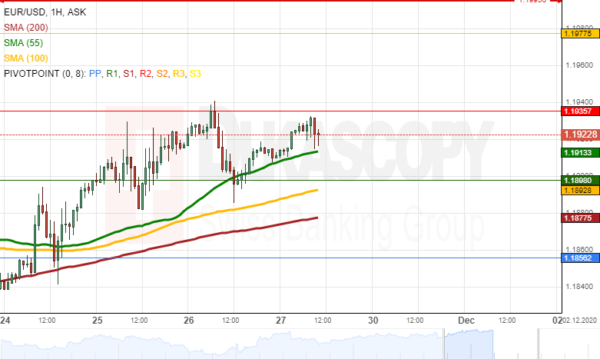