The yellow metal has continued to trade almost flat. However, it has started to do so in a different range, as the price has been fluctuating between 1,805.00 and 1,820.00 levels.

In the meantime, the price had began to ignore the 55-hour simple moving average, which could have pushed the price up on Thursday.

In regards to the near term future, the price should trade sideways until either fundamental news cause a move or the price is pushed down by the resistance of the 100-hour simple moving average. 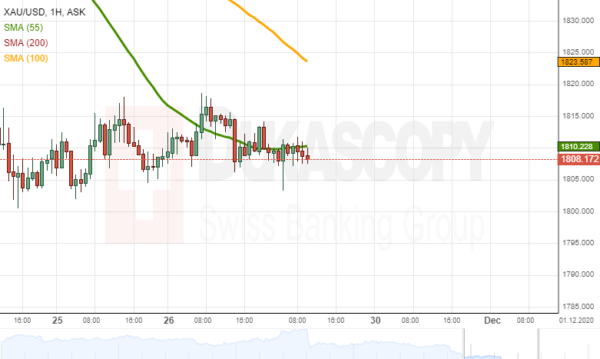