The currency pair is trading in a corrective phase after the bears successfully managed to limit the appreciation of the euro against the dollar down to the resistance of 1.1988. However, the sentiment is still positive, for another test of the mentioned level. In the downward direction, the main support is the level of 1.1918. The most important economic news for today, which could be of more serious interest to the market participants, is the data on the consumer price index for the euro area (09:00 GMT), the data on the trade balance for the euro area (09:00 GMT), as well as the data on the building permits for the U.S. (12:00 GMT). 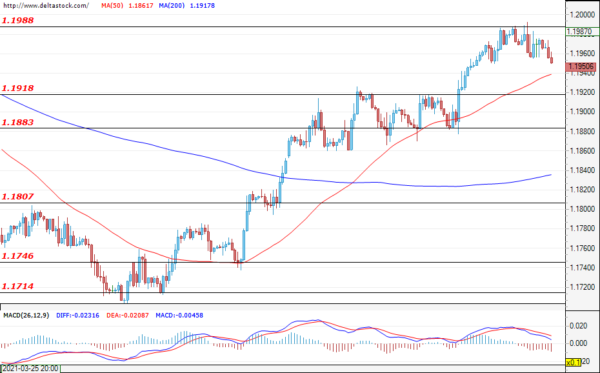 At the beginning of today’s trading session, the currency pair managed to breach the resistance at 108.81, but this violation is yet to be confirmed. If the bullish sentiment strengthens, the most likely scenario will be a test and a violation of the resistance level of 109.29, followed by a move towards 109.68. In the downward direction, the main support lies at the level of 108.45. In the last trading session for this week, there is no expected economic news that could lead to increased volatility. 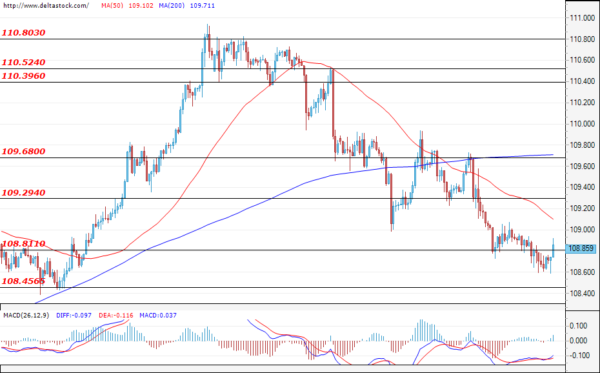 The Cable has been trading around the level of 1.3766 and, in the last few trading sessions, it could not find a clear direction. After the pound lost some of its positions against the U.S. dollar at the beginning of today’s session, it is possible for us to witness a test of the support zone at 1.3728. This, in turn, would not necessarily result in bear predominance, but rather in a search for better entry levels on behalf of the buyers. In the upward direction, the main resistance lies at the level of 1.3834. 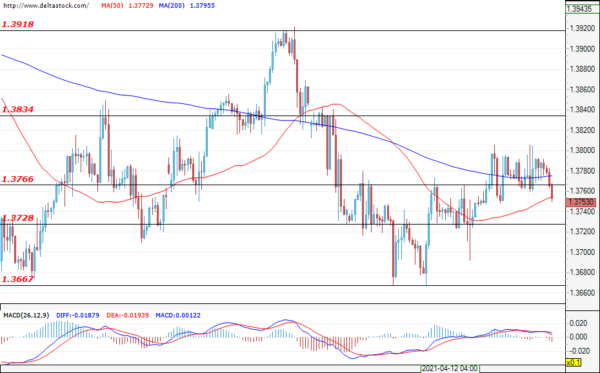