EUR/USD Rebounds And Trades Near 1.06

‘Day two of our 48 hour run of heavy event risk is ahead. And, traders are no doubt hoping for more reaction to the March NFPs.’ – John Kicklighter, Daily FX

The common European currency traded near the 1.06 mark against the US Dollar on Friday morning. However, the rate showed signs of an upcoming retreat. The move higher was the throughout the week expected consolidation of the US Dollar, as the Greenback retreated. The jump of the rate was stopped by the upper trend line of the medium term descending channel, which is supported by the 55-day SMA at 1.0609 level. Due to that reason and the expected positive US fundamentals the rate is likely to decline during the day. However, the pair’s decline will be hindered by the weekly PP at 1.0582.

SWFX traders are neutral on the pair, as 50% of open positions are long. Meanwhile, 58% of trader set up orders are set to sell the Euro. 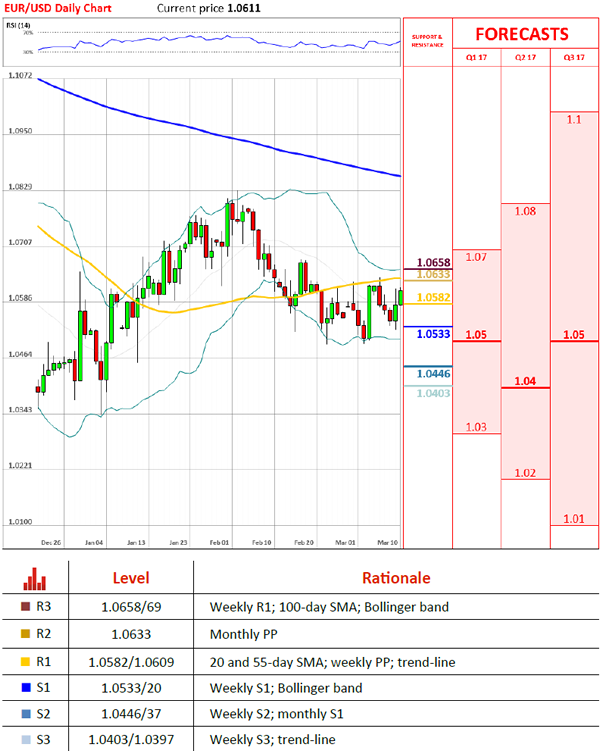 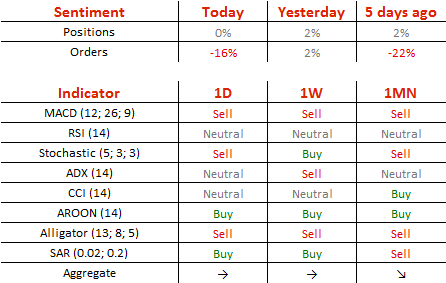