Short Term Elliott Wave in S&P 500 E-Mini Futures (ES) suggests the rally from September 25, 2020 low remains ongoing as a 5 waves impulse Elliott Wave structure. In the 45 minutes chart below, we can see wave (4) of this impulsive rally ended at 4223.53. The Index has resumed higher within wave (5) with internal subdivision of another impulse in lesser degree. 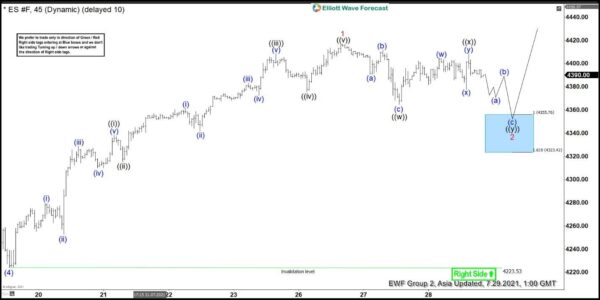