At mid-day on Thursday, the EUR/USD passed the previous September low level at the 1.1770 mark. In addition, note that after failing to pass the resistance of the 1.1820 mark, the rate lost more than 50 base points in just 8 hours. Some attributed the decline to an upcoming speech of ECB President Christine Lagarde, which was scheduled for 12:00 GMT.

If the decline of the EUR/USD would continue, it would most likely look for support in the weekly S2 simple pivot point at 1.1751. Below the pivot point, a 61.80% Fibonacci retracement level at the 1.1707 level could hold out.

On the other hand, a potential recovery would first test the resistance of the previous September low level at 1.1770 before aiming at the weekly S1 simple pivot point at 1.1784. 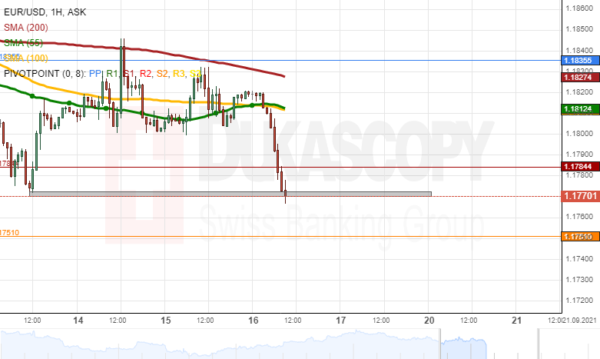