On the other hand, if the 200-hour SMA pushes the rate down, it would look for support in the 1.3660 level, which provided support previously. 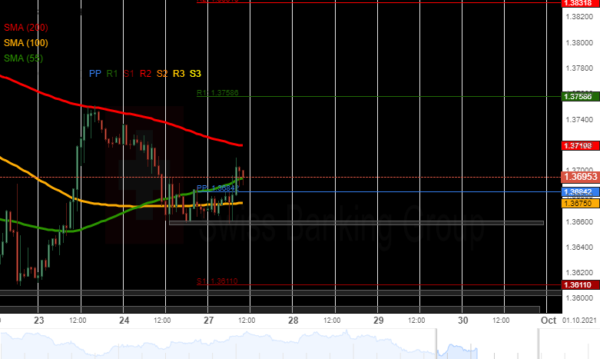