The sentiment remained unchanged and, during the early hours of today`s trading, the currency pair continued to trade close to the support zone at 1.1359. If the bears gain enough momentum and manage to breach the mentioned zone, then a test of the next target at 1.1236 would be the most probable scenario and would strengthen the negative expectations for the future path of the EUR/USD. However, if the bearish pressure fades and the bulls prevail, then they will most likely test the resistance zone at 1.1359. А successful violation of the aforementioned level could easily lead to a rally towards the levels from November 2021 – more specifically, the zone at around 1.1440. Event-wise, today volatility can be expected to pick up after the announcement of the ADP non-farm employment change for the U.S. (13:15 GMT) and the release of the FOMC meeting minutes (20:00 GMT). 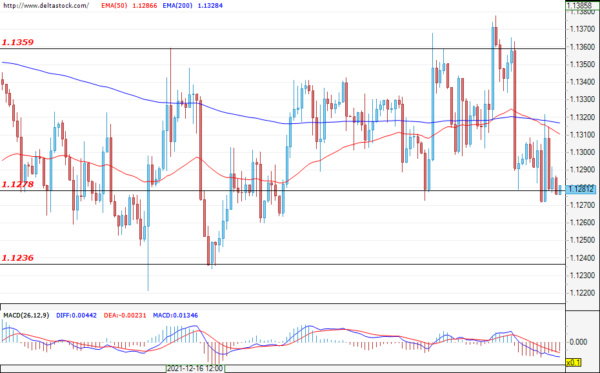 After the rally was limited to the level at 116.32, the dollar lost some ground against the yen and, at the time of writing the analysis, the bulls seem to have lost some of their momentum. For the time being, the current declining move can be considered a corrective one and it is likely that it will later on extend to the support at 115.51. If the bulls start buying again, then a new attack on and a breach of the high at 116.32 could easily lead to future gains and could head the pair towards the levels at around 117.00. 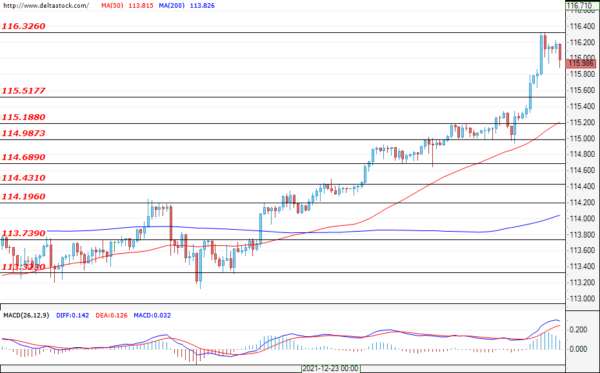 The British pound recovered some of its recent losses against the dollar and the currency pair violated the resistance zone at 1.3503. A confirmation of the breach will strengthen the positive expectations for the future path of the Cable and could easily continue the rally towards the level at 1.3600. The first target for the bears is the zone at 1.3503, followed by the main lower support at 1.3454. 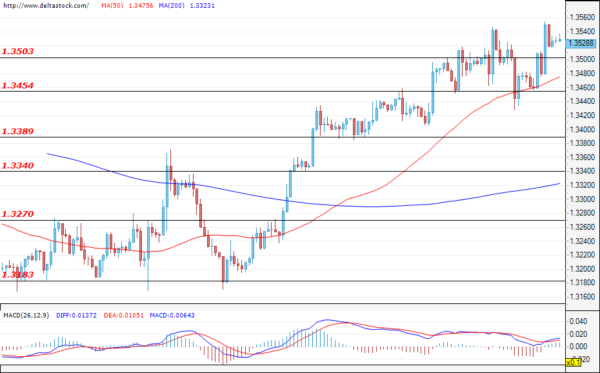 The violation of the resistance zone at 16068 was successful and the German index continued its rally. During the early hours of today`s trading, the price is consolidating above the mentioned level and the expectations are for a continuation of the rally and an attack on the levels at around 16230. In the downward direction, a violation of the support at 16068 could deepen the decline towards the next zone at 15975. Only a breach of the lower support at 15828, however, could lead to a change in the current sentiment of the market participants. 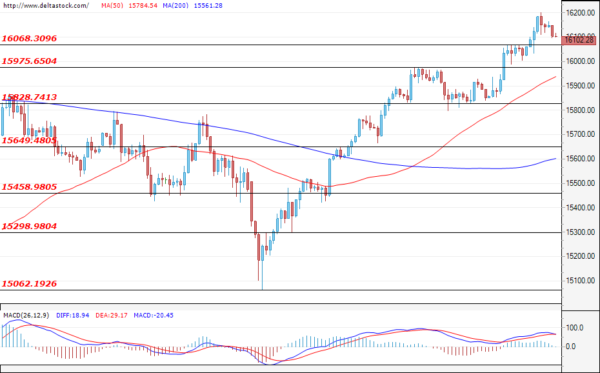 The breach of the resistance zone at 36581 strengthened the positive sentiment and the American index reached a new historic high. If the bulls continue to prevail, then new gains for the index are expected and a test of the 37000 level would become a highly probable scenario. Worse-than-expected U.S. data for the ADP non-farm employment change (today; 13:15 GMT) could help the bears head the index towards a test of the zone at 36581. If this zone is breached, then the corrective move will most likely deepen towards the support at 36233. 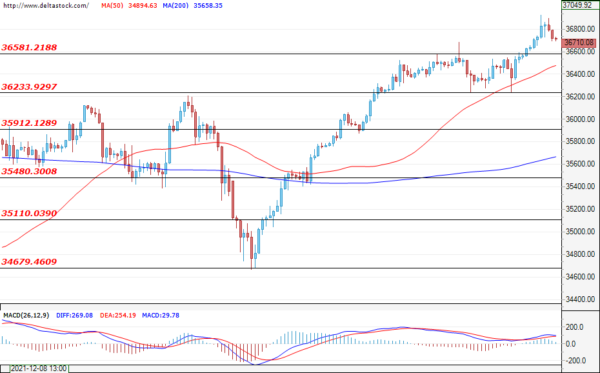