The situation with the single European currency remained unchanged at the beginning of today’s session as the range move currently stays locked between 1.1278 and 1.1359. The forecast remains neutral, but today’s announcement of the initial jobless claims data for the U.S. at 13:30 GMT could affect the volatility of the currency pair. Only a successful breach of one of the mentioned boundaries of the narrow range, however, could determine the future mood of investors. Of course, the non-farm payrolls change data for the U.S. (Friday; 13:30 GMT) will also be followed just as attentively. 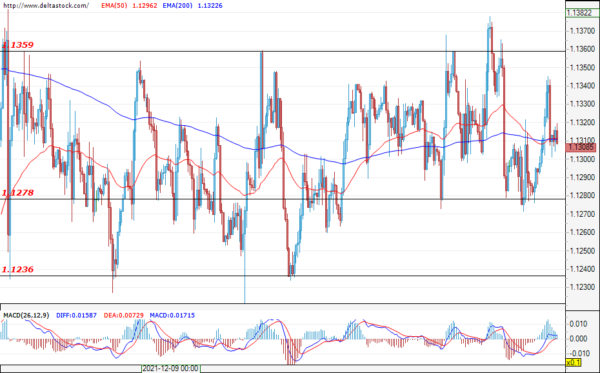 At the time of writing, the currency pair is consolidating in the range between 115.51 – 116.32 as the inertia of the bulls was thwarted at the beginning of this year’s trading. The current depreciation of the greenback against the yen could be seen as a corrective move unless the bears fail to overcome the support at 115.51. In the event of such a pessimistic scenario, we could witness a further deepening of the sell-off towards the support area at 115.18. 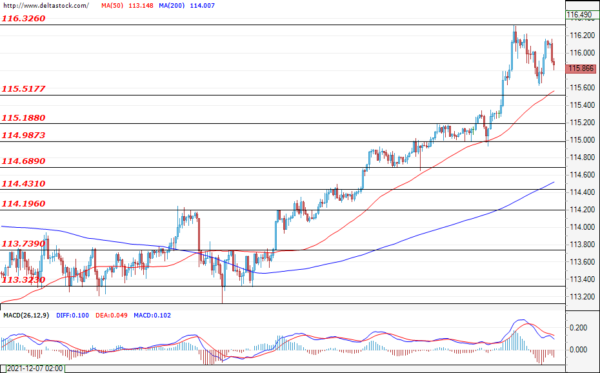 The test of the resistance zone at 1.3600 became a fact during the past session, but the bulls still failed to gather enough momentum to make the breakthrough happen. The subsequent decline towards the support zone at 1.3503 could be exacerbated if the bears take control. Such a pessimistic scenario is not ruled out as the next significant support area would be the level of 1.3389. 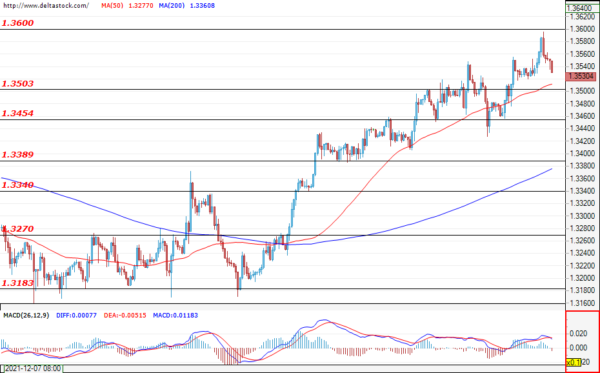 During the last trading session, the German index almost reached the record highs that it had previously scored at the middle of last year’s final quarter. However, the subsequent drop might turn out to be more than just a correction. At the time of writing, the index is just about to test the 15975 support zone. The coronavirus, with its various strains, is still causing fear and uncertainty among investors and it is possible for the sell-off to deepen towards the next significant support level at 15828. 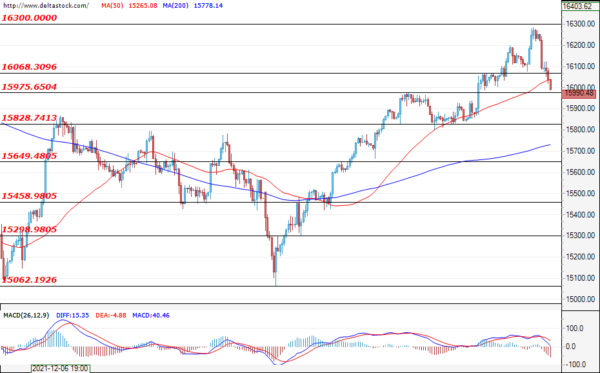 The bulls failed to hold their ground after the U.S. blue-chip stock index reached fresh record highs during the last trading session of just below 37000, followed by a decline that was just under 2% at the time of writing. Sentiments may remain negative and investors may continue the sell-off, which could lead the market towards a test of the support area at around 35900. The announcement of the initial jobless claims data today at 13:30 could lead to a change in the market participants’ sentiment. 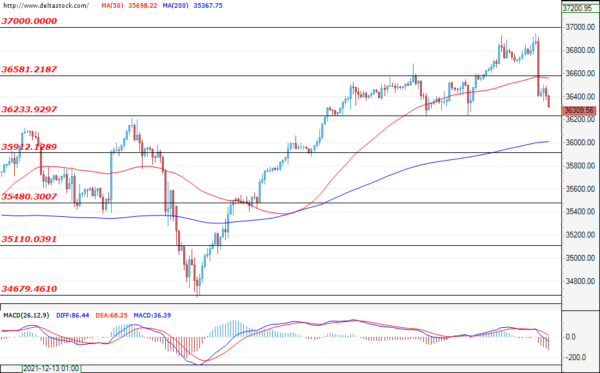