The euro lost ground against the dollar, and during the early hours of today`s trading, the pair tested the level at 1.0983. A successful violation of this level could easily lead to new losses and could deepen the decline towards the important support at 1.0900. The first target for the bulls is the zone at 1.1044, which is now acting as resistance, followed by the upper level at 1.1126. Today, an increase in trading activity can be expected around the speech of ECB`s Christine Lagarde at 13:15 GMT. 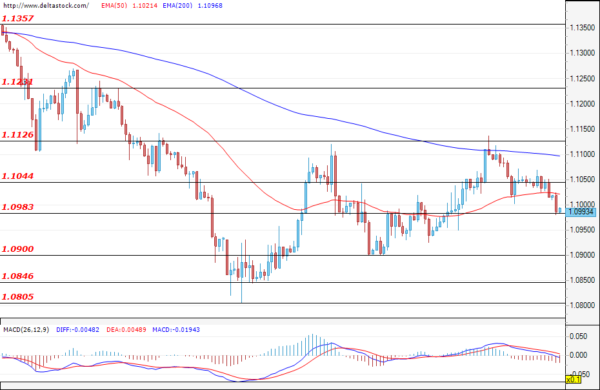 The positive sentiment remained unchanged and the dollar appreciated against the yen. At the time of writing this analysis, the Ninja is hovering under the resistance zone at 119.96 and the expectations are for a new attack on the mentioned zone. A successful breach here could easily continue the rally and could head the price towards the levels at around 120.50. If the bears enter the market, then a potential future correction could be limited to the support zone at 119.29. A violation of the lower target at 118.84, on the other hand, would easily deepen the decline and could pave the way for a test of the level at 118.37. 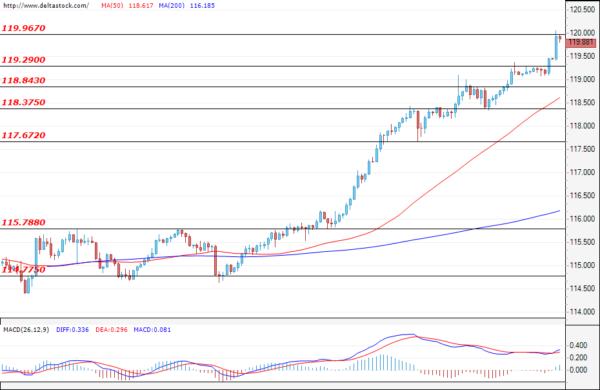 Yesterday’s attack on the resistance at 1.3191 was not successful and the Cable consolidated under the mentioned zone. A new assault attempt from the bulls could be a highly probable scenario, but only a confirmed breach could strengthen the positive expectations for the future path of the pair and could lead to a rally towards the zone at 1.3269, followed by the upper target at 1.3354. If the bears prevail, then a violation of the first support at 1.3099, followed by a subsequent breach of the lower level at 1.3050, could lead to a change in the current sentiment of market participants and could easily pave the way for a test of the major level at 1.2997. 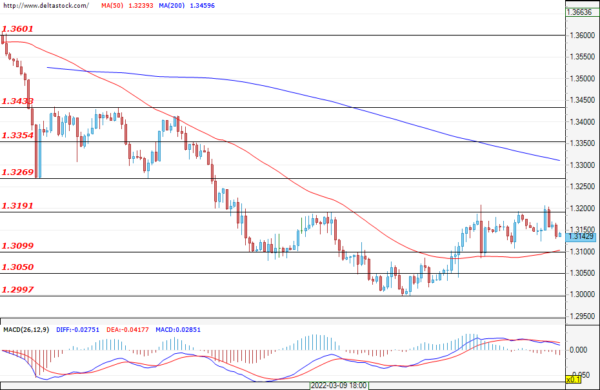 Neither the bears nor the bulls managed to gain enough momentum and lead the German index out of the zone between 14062 and 14502. The price is holding positions around the current level at 14322 and only a successful breach of one of the borders could signal for the future direction of the index. A violation from the buyеrs could continue the recovery and could easily head the EUGERMANY40 towards a test of the zone at 14382. If the bears take control and breach the support at 14062, then they could lead the price towards the next target at 13573, a violation of which could strengthen the negative expectations of the market participants. 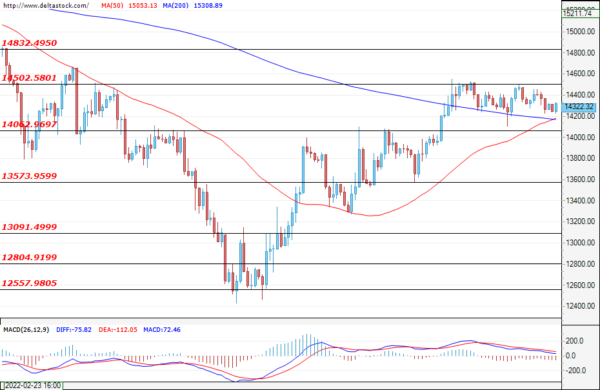 The American index erased some of its recent gains, and at the time of writing, the price is hovering above the support zone at 34397. If the bears manage to breach the mentioned level, then their next target could be found at the zone at 34096, followed by the lower support at 33779. If the buyers re-enter the market instead, then a new attack on the resistance at 34804 would be the most probable scenario and a successful violation of this level could easily lead to a test of the important zone at 35000. 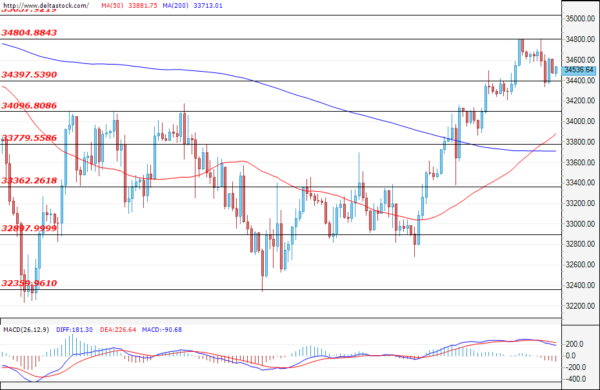