The currency pair is trading just below the support area at 1.1060, with the bears currently being in control of the market. This, in turn, could lead to another prolonged sell-off and a test of the next significant support at 1.0974. Alternatively, if the bulls manage to limit the sales around the current market levels, then we could see a rise towards the 1.1126 resistance instead. This week, only the Fed’s meeting minutes (Wednesday; 19:00 GMT), when more detailed information on the U.S. monetary policy stance will be presented, would have a more serious impact on the movement of the currency pair. 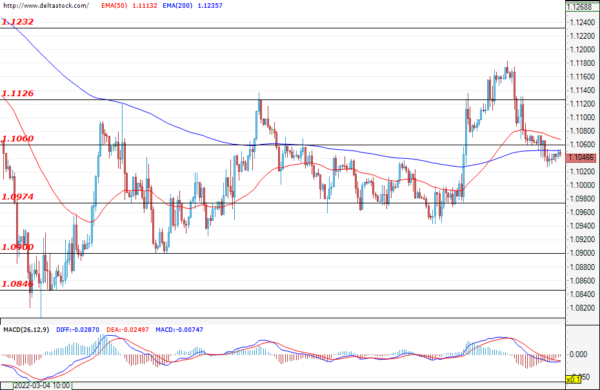 At the time of writing, the currency pair is consolidating just above the support level at 122.41. The sentiment for the moment remains neutral as the decline from the previous week was limited to the support level at 121.30. It is therefore possible to witness the formation of a range between 121.30 and 123.68. 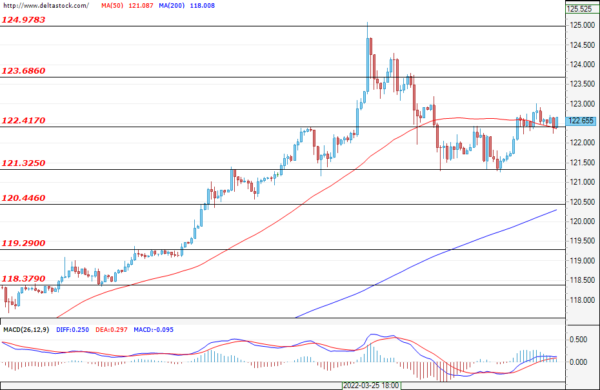 The pound consolidated at the 1.3105 support zone, and with a successful breach of the mentioned support, we could witness a subsequent depreciation and an attack on the support zone at 1.3000, which is the local bottom for the currency pair. A scenario, in which a range movement is formed in the narrow channel of 1.3105 – 1.3173, is not excluded, if the neutral sentiment from the last week is maintained. In the upward direction, the main resistance for the bulls is the upper boundary of the range at around 1.3173. 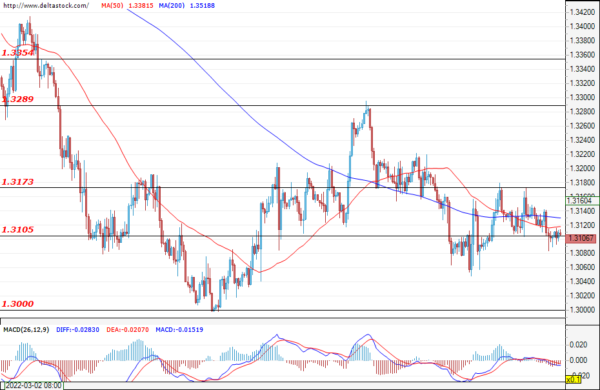 Over the past week, the German index lost some of its value and the most likely scenario is for the negative sentiment to remain intact throughout the week. An additional drop and an attack on the support zone at 14195 still cannot be ruled out. A successful breach of this level would give the bears a serious incentive and potentially help them seize full control over the market, bringing the index down towards the support level at 13800. 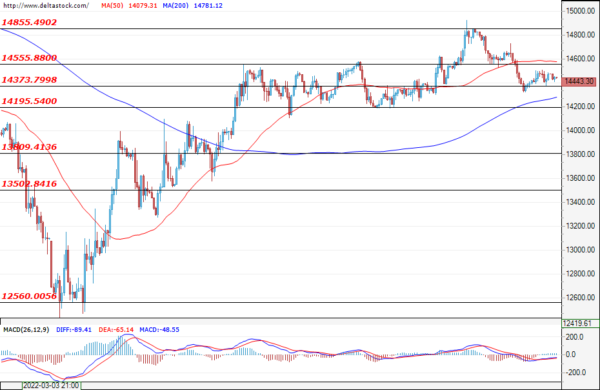 Both the German index and the U.S. blue-chip stock index recorded a week of losses. During the first trading session for this week, we see a consolidation around the level of 34800. However, if the support zone at 34690 is breached, then it is very likely for the bears to gain a foothold and we may witness a deepening of the sell-off towards the next support area at 34343, and in a more pessimistic scenario – down towards the 33950 support zone. The Fed’s meeting minutes (Wednesday; 19:00 GMT) will be vital for the future course of the U.S. index. Increased volatility is therefore expected during the event. 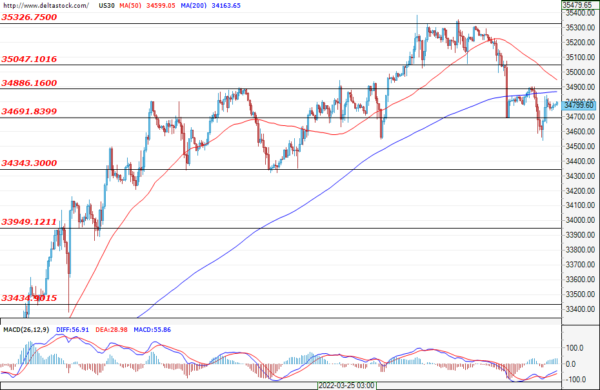