At the beginning of the European session, the bulls’ attempts to break the levels around 1.0981 were rejected and the single European currency continued its downward trend. The full control of the bears over the market continued and, during the breach of the temporary supports on 1.0960, the sell-off deepened with full force to 1.0900. The strength of the dollar is huge and the pressure against the euro may continue to the levels from March around 1.0805. However, forming a bottom and a scenario in which the pair returns above the key level of 1.0900 should not be ruled out. 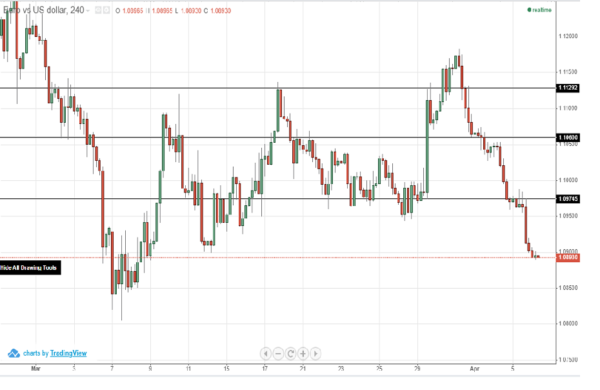 The uptrend of the dollar against the yen was restored after the corrections last week, despite threats of intervention by the Bank of Japan. The ninja’s weakness continued and the session ended at 123.65, just 100 pips before the 124.65 peak reached last week. There is a high probability of reaching the six-year high of 125.10, but if the bank’s protections are urgently activated, we can see a reversal of the trend and a decline in the dollar with a second price test around 121.70. 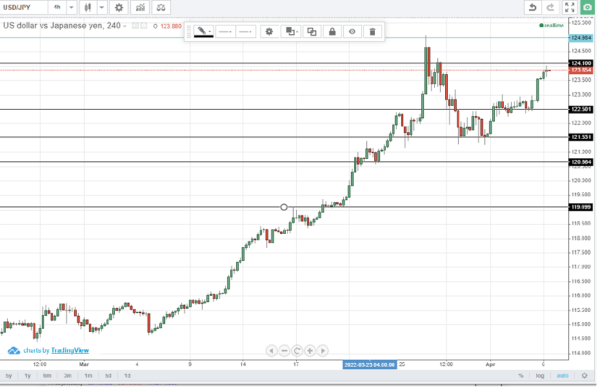 The pound suffered a turbulent trading day, reaching a peak of 1.3167 during the European session, but after the opening of the U.S. stock market, the bears gained convincing control and the trend reversed. We saw a break of all supports which led to closing around the levels at 1.3071. If the strength of the dollar continues, we can see a retest of the bottom 1.3101 from mid-March, but attempts to build support around 1.3068 should not go unnoticed as it lures the bulls. 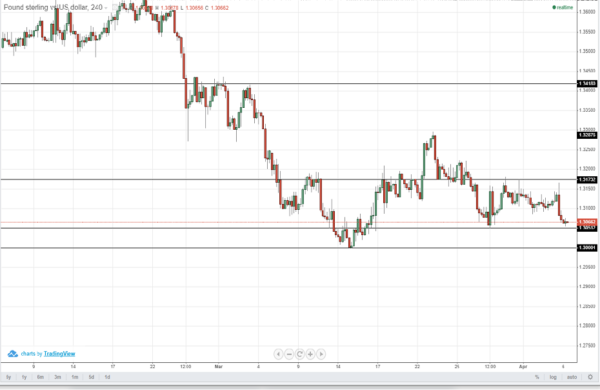 The German index suffered a highly volatile session, reaching 14,605 ​​in the first hour of the European session, but immediately after that, the level didn’t hold ground and we saw deepening of the declines started earlier this month, leading to prices of 14,339 at the close of the European stock market. This key level may boost the bulls, as on March 31 and see a rebound, but everything depends on the comments about the invasion of Ukraine, which strongly influence future plans for the development of the German economy and its energy independence. 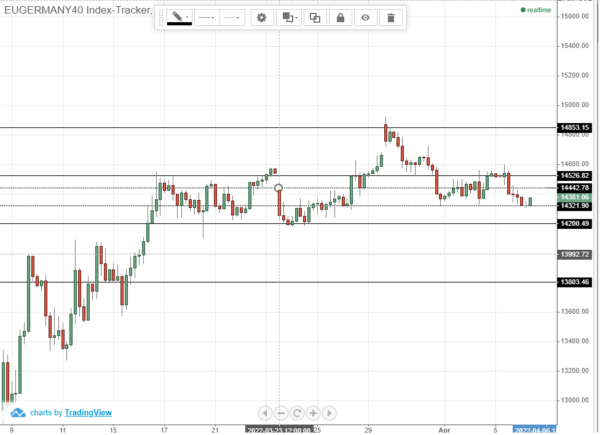 The blue chip index’s session moved at the same pace as the other indices. With the opening of the US session we saw upward movements reaching 35,100, but soon after we saw a continuation of the previous trend and US30 reached its bottom of 34,600 where it found support. Traders assess inflation and expectations of a rise in the Fed’s key interest rate, as well as the yield on US bonds as volatility is expected to remain high, especially after the Fed meeting minutes (18:00 GMT). 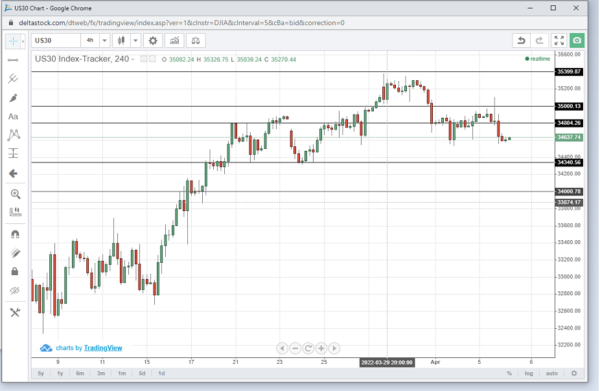