The euro lost some ground against the dollar, and during the early hours of today`s trading, the pair headed for a test of the support zone at 1.0848. A successful violation of the aforementioned level of support would strengthen the negative expectations for the future path of the EUR/USD for a move towards the levels at around 1.0820. If the bearish momentum fades and the bulls re-enter the market, then their first target would be the zone at 1.0900, followed by the resistance at 1.0967. However, only a successful breach of the higher level at 1.1060 would paint a more bullish picture for the common European currency. 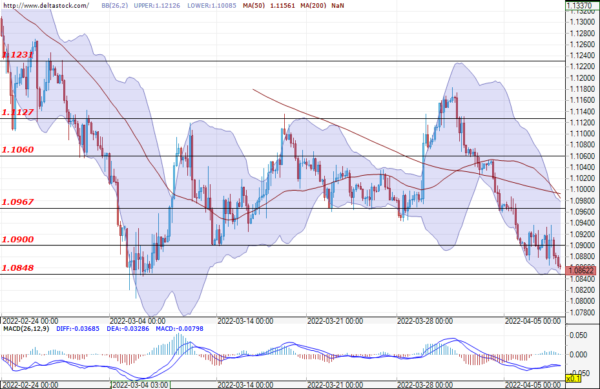 The positive sentiment remains unchanged despite the unsuccessful attack on the resistance zone at 124.13. The currency pair is trading closely under the mentioned level and a new breach attempt is the most probable scenario for today’s trading session. If the bulls are successful in their endeavour, then the rally will most likely continue towards the local high at 125.08. If a correction develops, then it should be limited to the level at 122.75 before the uptrend continues. 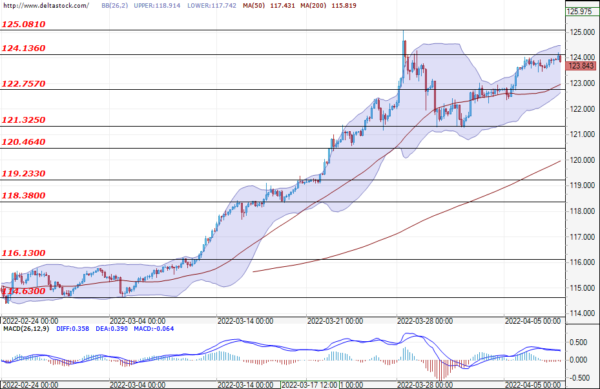 Neither the bears, nor the bulls managed to gain enough momentum and lead the Cable out of the zone between 1.3055 and 1.3094. At the time of writing, the pair is hovering just above the support at 1.3055 and the expectations are for a new test of the mentioned level. If the bears manage to breach this support, then the depreciation of the sterling will most likely continue towards 1.3000.. However, if the bulls manage to prevail and successfully breach the resistance at 1.3094 and the one at 1.3173, then we might see the Cable recover towards the level at 1.3289.

The bears managed to prevail and the German index lost some ground during yesterday’s session. In the early hours of today, the EUGERMANY40 is consolidating under the zone at 14200, and if the bearish attack continues, then the expectations are for a move towards the support zone at 13801. If the sellers manage to take the index below the mentioned level, then we will most likely witness the index trade at around 13600.. If, on the other hand, the bulls take the reins and violate the zone at 14400 and the target at 14558, then the current market sentiment will grow more positive. 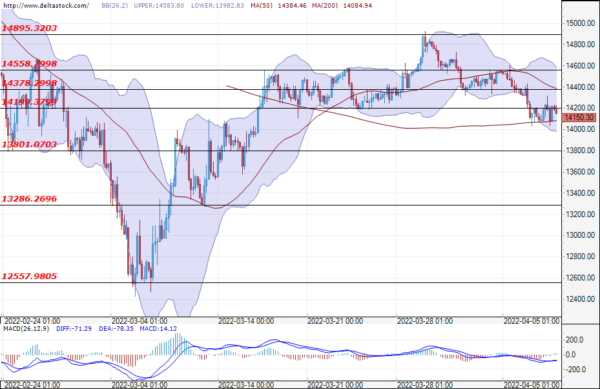 The support zone at 34349 withheld the bearish attack and the U.S. index recovered some of its recent losses. A breach of the close resistance at 34691 could easily continue the recovery and could lead to a test of the next target at 34928. If the bears re-enter the market, then a new successful attack on the mentioned support at 34349 and a violation of the lower zone at 33946 would most likely lead to a firmer market sentiment, increasing the risks of the index entering deeper into the red. 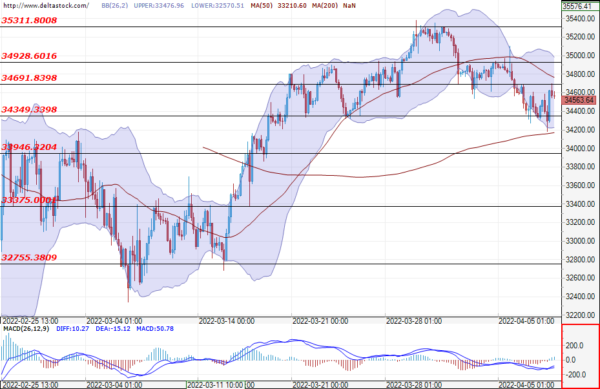