In the early hours of today’s trading session, the euro recovered part of its recent losses, but the bears re-entered the market and the pair quickly returned below the resistance at 1.0900. The support at 1.0850 has so far managed to hold off the bearish pressure, but the overall market sentiment remains negative. A confirmed breach of the aforementioned support level would probably extend the sell-off towards the psychological level at 1.0800, which could be considered as a signal that the downtrend is intact. In case of positive news regarding the war between Russia and Ukraine, the trend could change its direction and the bulls might return to the market. If that’s the case, then their first resistance is expected to be the level of 1.0970. The important news for this week, which is also expected to have an impact on the market, is the interest rate of the European Central Bank (Thursday; 11:45 GMT) as well as the announcement of the CPI data for the U.S. (Tuesday; 12:30 GMT). 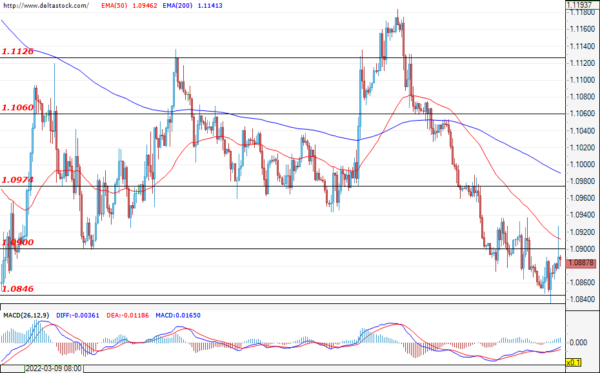 The support at 123.70 appeared to be an obstacle for the sellers, and at the time of writing, the currency pair is headed towards a test of the critical resistance at 125.00, where a breach could easily lead the pair towards the next resistance lying at 126.00. If the bullish momentum fades and the bears enter the market and violate the zone at 123.70, then the decline could deepen towards the support level at 122.40. 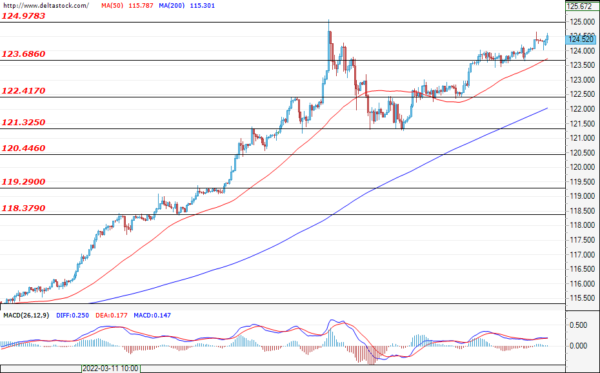 The sterling lost some ground against the dollar, and during the early hours of today`s trading, the pair is headed for a test of the support zone at 1.3000. A successful violation of this psychological level of support would strengthen the negative expectations for the future path of the GBP/USD for a move towards the levels at around 1.2900. If the bearish momentum fades and the bulls re-enter the market, then their first target would be the zone at 1.3100, followed by the resistance at 1.3170. However, only a successful breach of the higher level at 1.3170 would paint a more bullish picture for the Cable. 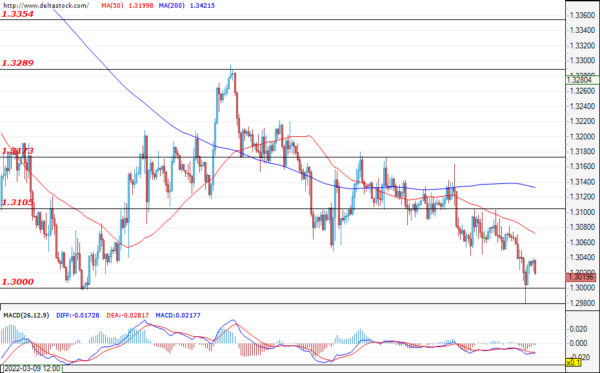 The German index failed to test the resistance at 14370, but still remained above the support at 14037. Keeping in mind the precarious situation in Ukraine and if the bulls fail to breach the resistance at 14370, then the bears may again prevail. If this happens and they violate the support at 14040, then we could witness a sell-off towards the next major level at 13800. This week, volatility can be expected around the publication of the ZEW data on economic expectations (Tuesday; 09:00 GMT). 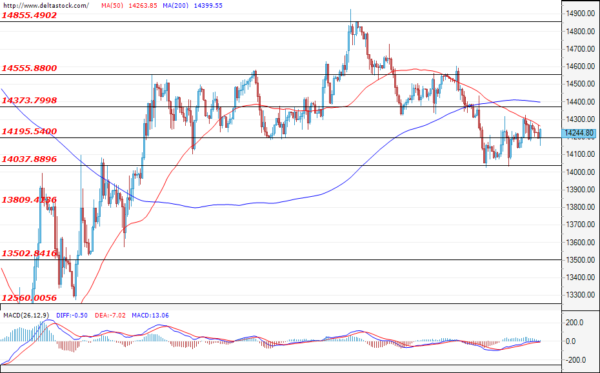 The resistance level at 34890 withheld the bullish attack and the U.S. blue-chip stock index erased part of its recent gains. A successful breach of the support at 34350 could easily continue the sell-off and lead to a test of the next target at 34000. If the bulls re-enter the market, then a successful attack on the mentioned resistance at 34890 and a breach of the resistance at 35050 could strengthen the positive expectations for the future path of the index and could lead to a more sustained rally. This week, higher volatility can be expected around the publication of the economic news, mentioned in the EUR/USD analysis. 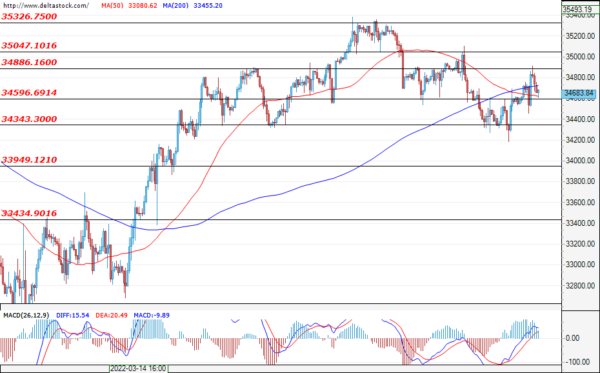