During today’s trading session, the single European currency rose against the dollar by almost a figure. At the time of writing, the rate of the euro against the dollar is consolidating around the support at 1.0567 as the strength of the bulls proved insufficient to reach the key resistance at 1.0641. If the bears manage to fuel the sell-off, then the next hurdle for them would be the support at 1.0482. The remainder of the day holds no news or statements that are expected to strongly influence the currency pair. 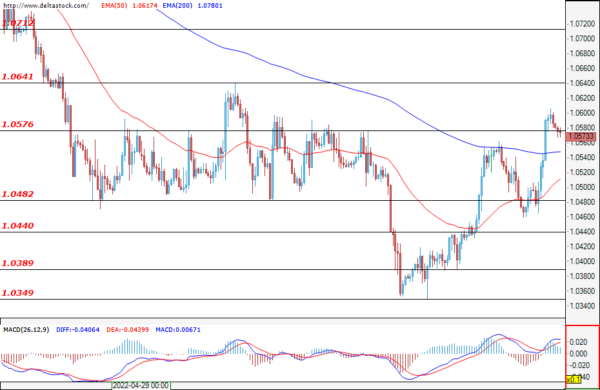 The dollar began to lose ground against the Japanese yen during today’s trading session and managed to breach the first support at 127.48, heading towards the second one at 127.07. The bulls, on the other hand, managed to increase their purchases and dashed the bears’ hopes of breaching two supports in less than a day. At the time of writing, the dollar bulls are aiming at the first resistance of 128.70. 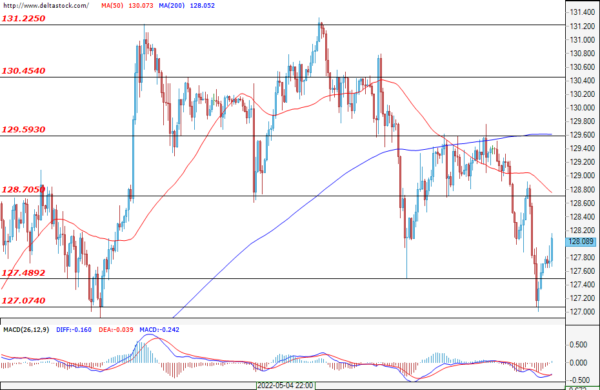 In a relatively volatile session, the bulls managed to breach two resistances in a matter of hours. A breach of the third one seemed like it was only a matter of time, but the bears managed to limit the rally and keep the bulls at the resistance of 1.2464. Those of the market participants who share positive sentiment will likely try another attack on the next resistance at 1.259. If the bears manage to stand their ground, then they in turn would try to breach the support at 1.2390. 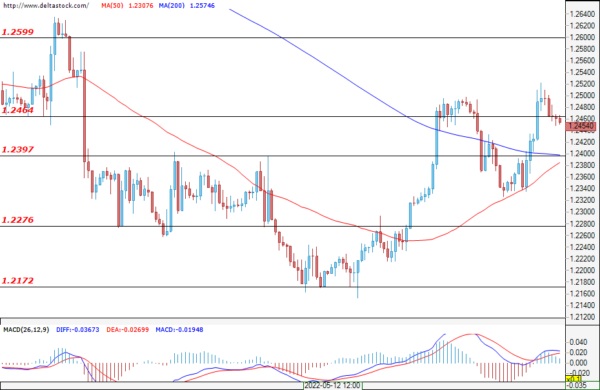 At the beginning of the trading session, it looked as if the bears were going to gain enough momentum to continue the sell-off as they managed to breach the first support at 13716, but failed to confirm their breach. The bulls sensed their opportunity to attack and did not hesitate, overcoming the resistance at 13870. At the time of writing, the next goal of the bulls would be to breach the resistance at 14109. 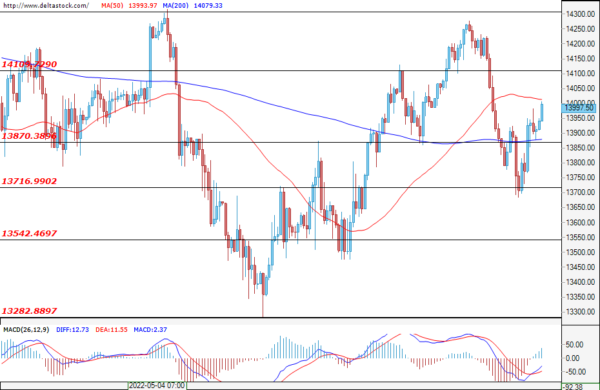 The day for the U.S. blue chips was relatively calm as neither the bears nor the bulls were able to take control over the market. Throughout the day, the index traded around the level of support at 31326. The first important target for the bulls, however, would be the resistance at 31855. If the bears want to become the dominant party, then they would first have to deal with the support at 31326 in order to reach the next one at 30508. 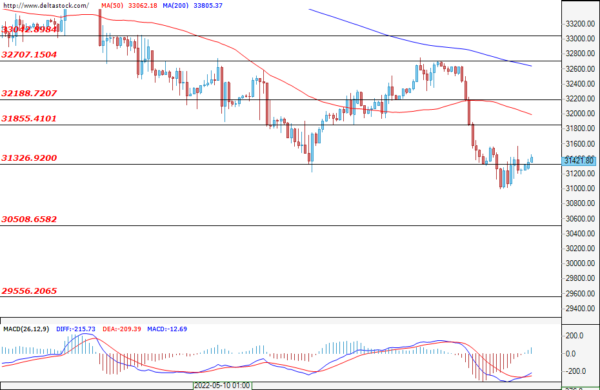