The Common European currency lost quite a bit of ground against the dollar and the rate dropped and tested the support zone at 0.9985. This result came after the CPI print did not align with the market’s expectations, fueling speculations for а 100 bps rate hike by the Fed in November. During the early hours of today`s trading, the pair continued to trade just below the mentioned zone, but if the bearish attack continues, then a test of the lower target at 0.9942 would be a highly probable scenario. A successful violation here could easily deepen the decline and could pave the way towards the major zone at 0.9913. If the bulls prevail, then their first target can be found at 0.9985, followed by the upper resistance at 1.0044. Only a breach of the level at 1.0078 and a follow-up breach of the next zone at 1.0111 could draw a more bullish picture for the currency pair. 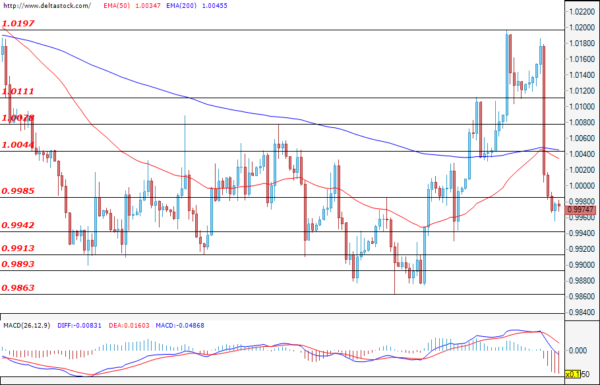 The bulls prevailed and the dollar recovered most of its recent losses against the yen. The Ninja rallied, and during the time of writing the analysis, the pair is heading for a test of the major resistance at 144.93. A successful violation here could easily lead to a more sustained rally, strengthening the positive expectations for the future path of the USD/JPY. If the bullish momentum fades instead, then the first support for the bears would be the zone at 143.49. A breach of the lower target at 142.11, followed by a violation of the local lows at 141.64, could deepen the correction towards the important level at 140.64. 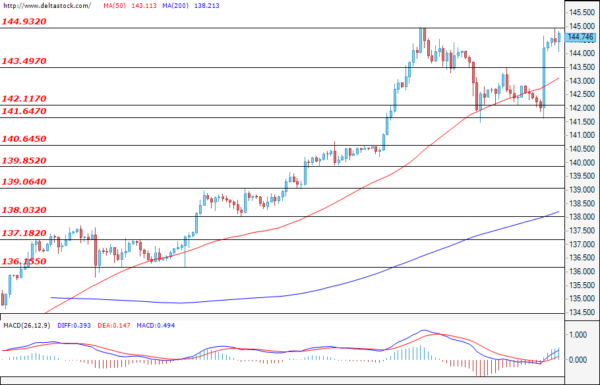 The recovery of the Cable was limited to the resistance at 1.1707 where the bears entered the market. The following breach at the support at 1.1600 led to a deeper decline, and during the early hours of today`s trading, the pair is testing the lower zone at 1.1501. A violation of the important support at 1.1454, followed by a breach of the local low at 1.1402, could lead to new losses for the GBP against the USD and could easily continue the sell-off. Better-than-expected UK data for its CPI (today; 06:00 GMT) could help the bulls to take control. A successful attack on the zone at 1.1600, followed by a breach of the high at 1.1707, could form the current move as corrective and could strengthen the positive expectations for the future path of the pair. 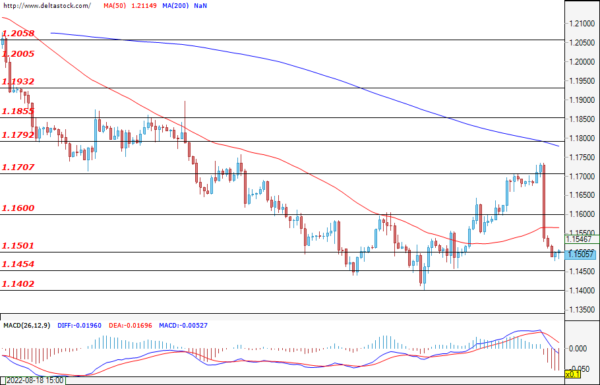 Just like its counterparts across the world, the German index tumbled and stabilised just under the support at 13137. If the bearish prevalence continues, then a successful violation of the next support at 19929 could easily deepen the sell-off and lead the index towards the lower zone at 12717. First target for the bulls is the mentioned level at 13137, which is now acting as resistance, followed by the upper one at 13205. 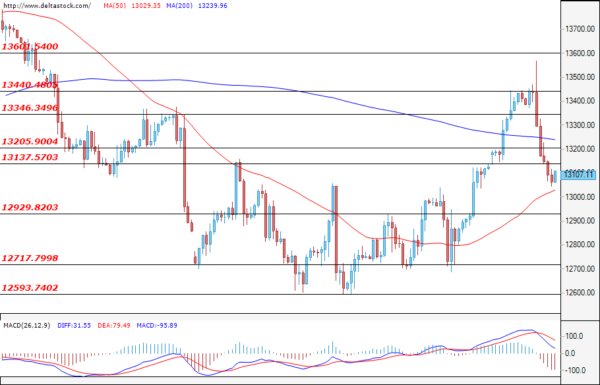 Yesterday’s worse-than-expected U.S. CPI data led to a sell-off for the US30 and the index erased all of its recently recovered positions. During the early hours of today, the price is hovering above the local low at 30975, and a test of the mentioned zone could be the most probable scenario. A successful breach here could strengthen the negative expectations and could easily deepen the decline towards 30700. If the bulls re-enter the market and manage to violate the level at 31291, then а breach of the upper target at 31545 could lead to a correction towards the zone at 31997. 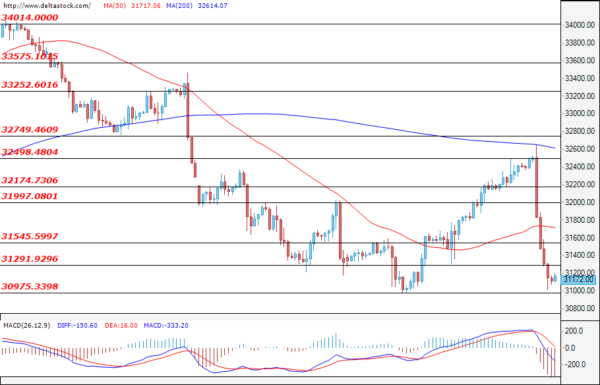