The USDJPY edges lower in Asian/early European session on Tuesday, after two-day rally lost steam on approach to initial barrier at 145.00 (former tops), as risk appetite starts to return to play.

Overall picture remains bullish, but near-term action is losing momentum, after large swings on Japan’s intervention failed to register a clear break out of near-term congestion, suggesting that the intervention did not manage to provide a substantial support to Japanese yen, while the dollar remains well supported by safe-haven flows and hawkish Fed. 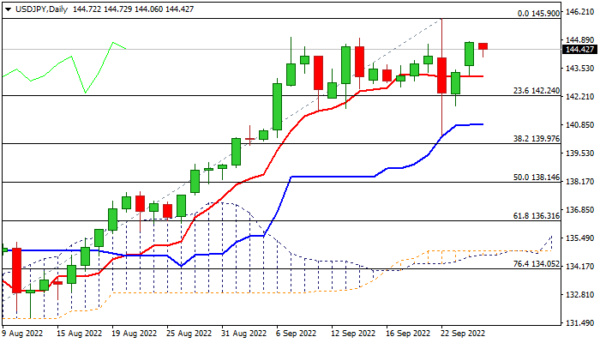