Action Forex
HomeContributorsTechnical AnalysisNZD/USD: A Pullback in the Bullish Correction to 0.593 is Expected

On the 1H timeframe, NZDUSD seems to be forming a bearish trend, which may take the form of a double zigzag w-x-y of the cycle degree. The current chart shows the structure of the final wave y, which assumes a primary zigzag Ⓐ-Ⓑ-Ⓒ.

Most likely, the primary impulse wave Ⓐ and the bullish correction Ⓑ are fully completed, and the last impulse wave Ⓒ is currently under construction. Perhaps, after the end of the impulse decline in the intermediate wave (3), the development of an intermediate correction (4) began, the initial part of which hints at a double zigzag. 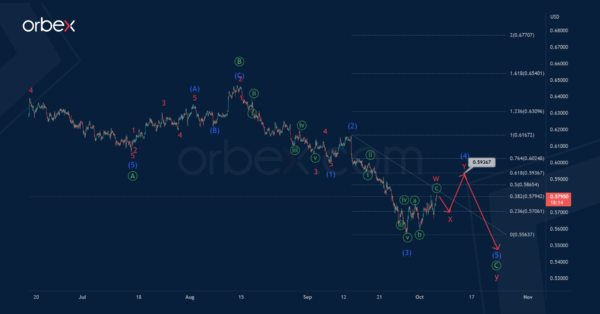 Alternatively, it is assumed that the market has already completed the formation of an intermediate correction (4), it has a standard zigzag shape.

Thus, once the correction has been completed, we can expect the development of a bearish final wave (5) of the intermediate degree.

The price within wave (5) may fall to 0.548. At that level, primary impulse waves Ⓐ and Ⓒ will be equal. 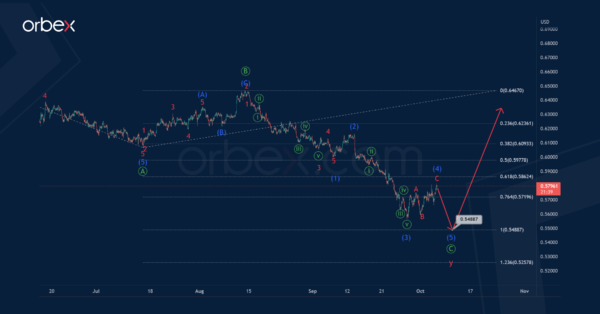