Action Forex
HomeContributorsTechnical AnalysisGBP/JPY: Will the Bulls Have Enough Strength to Complete the Cycle Wave...

GBP/JPY: Will the Bulls Have Enough Strength to Complete the Cycle Wave y Near 184.74?

According to the current chart, it can be assumed that the GBPJPY pair forms a global corrective trend taking the form of a double zigzag. On the 1H timeframe, the final part of this trend is visible – the actionary wave y of the cycle degree.

Most likely, the wave takes the form of a triple zigzag, in which four parts look finished. In the next coming trading weeks, growth is expected within the final intermediate wave (Z).

The completion of the entire wave is possible near 184.74. At that level, wave will be equal to wave. 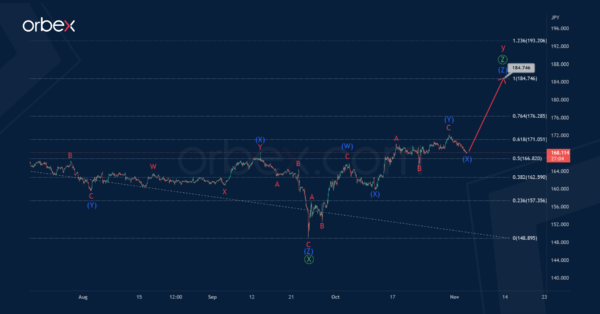 In the second variant, the market builds not a double, but a triple zigzag of the cycle degree w-x-y- x-z. And now its fourth part is being formed, that is, the intervening wave x. This wave, judging by its structure, may take the form of a triple zigzag.

It is assumed that the first four parts of the primary correction pattern are fully completed. That is, the sub-waves.

Perhaps in the near future, the market will fall in the last wave to 148.14. At that level, wave x will be at 50% along the Fibonacci lines of actionary wave y. 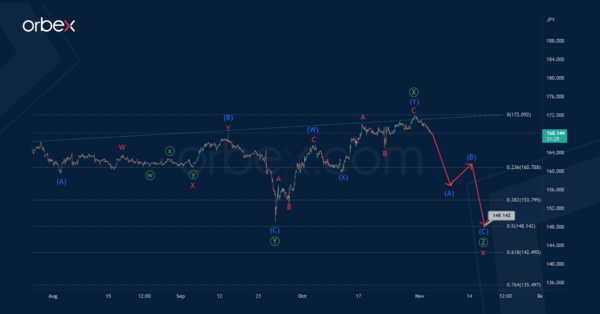