Looking at the 1H timeframe, we see the development of the corrective wave b, which is part of the global zigzag. Correction b most likely takes the form of a triple zigzag Ⓦ-Ⓧ-Ⓨ-Ⓧ-Ⓩ. The first four primary waves are completed, and the last wave Ⓩ is still under construction. 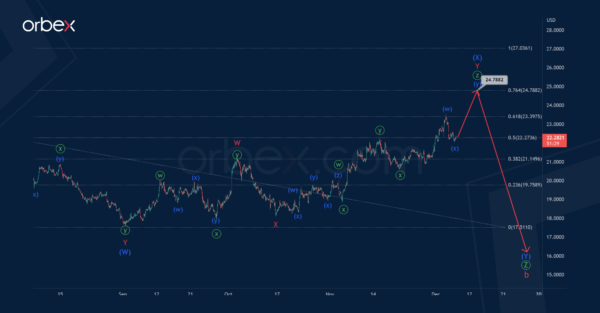 According to an alternative scenario, the XAGUSD pair has completed the construction of an ascending intervening wave (X) of the intermediate degree. As in the main version, it has the form of a double zigzag W-X-Y.

Thus, in the next coming trading days, we can expect a fall in the XAGUSD rate and the formation of a bearish actionary wave (Y). Perhaps this wave will have a standard zigzag shape A-B-C, as shown in the chart.

The first target, where the bears are aimed, is located at the previous minimum of 17.538, which was marked by the actionary intermediate wave (W). 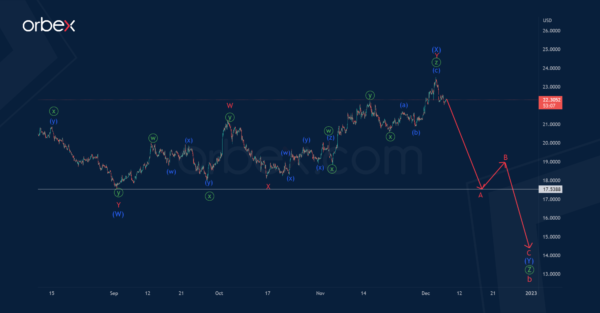