Action Forex
HomeContributorsTechnical AnalysisEUR/USD: A Complex Bullish Correction is Close to its End

EUR/USD: A Complex Bullish Correction is Close to its End

In the long term, the EURUSD currency is expected to form a bearish cycle impulse, which consists of five main sub-waves I-II-III-IV-V.

Most likely, the cycle impulse sub-wave III was fully completed, after which the formation of a bullish correction IV began. This correction is similar to a triple zigzag consisting of primary sub- waves.

The primary sub-waves look complete. The development of the last sub-wave is expected in the near future. It may form a double zigzag pattern (W)-(X)-(Y) near 1.0902. At that level, correction IV will be at 50% of impulse III. 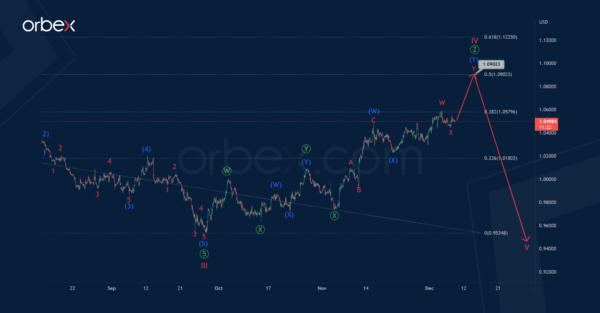 According to the alternative scenario, cycle correction IV has been fully completed.

In the last section of the chart, we can notice the development of the initial part of the cycle wave V, which takes the form of a primary impulse or an ending diagonal.

Perhaps we will continue to observe the main currency pair further. 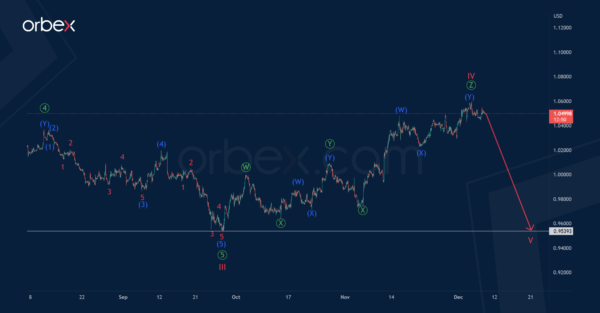