Action Forex
HomeContributorsTechnical AnalysisNZD/USD: Has the Formation of a Bullish Primary Impulse Been Completed?

NZD/USD: Has the Formation of a Bullish Primary Impulse Been Completed?

A closer look at the 1H timeframe shows that the NZDUSD market has already completed the formation of a cycle actionary wave y.

Thus, in the last section of the chart, we can see the formation of a new bullish trend. Most likely, there is a construction of the primary wave Ⓐ, which may take the form of an impulse of the intermediate degree (1)-(2)-(3)-(4)-(5). An approximate scheme of possible future movement is shown on the chart. 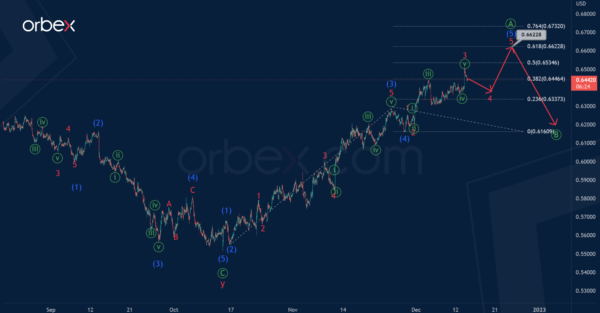 An alternative scenario suggests that the primary wave Ⓐ is fully completed. This is an intermediate impulse (1)-(2)-(3)-(4)-(5).

Thus, the beginning of a bearish correction Ⓑ is expected in the near future, which is the second part of the expected zigzag Ⓐ-Ⓑ-Ⓒ.

Most likely, the price in a potential correction Ⓑ will fall to 0.601. At that level, it will be at 50% of primary impulse Ⓐ. 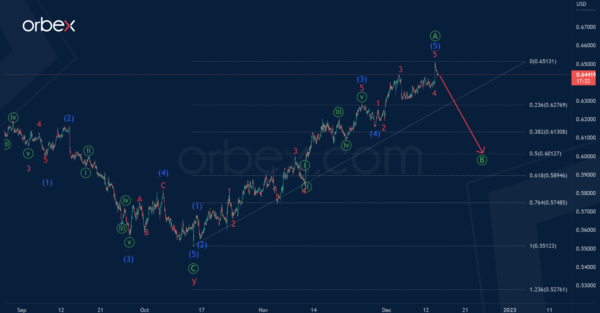