The dollar index rose in early Thursday as the greenback regained traction after more hawkish than expected Fed.

The central bank did deliver a 50 basis points rate hike, as widely expected, but Chief Powell, in his post-meeting comments disappointed many who expected further slowdown in pace of policy tightening, in improved environment on encouraging inflation reports.

The US policymakers announced that further rate hikes are on the table and signaled that high interest rates would remain for longer than previously estimated, confirming central bank’s determination to bring inflation under control, despite increased risk that high borrowing cost would hurt economic growth and push the economy into recession.

Powell added that recent signs of slowing inflation have not significantly improved confidence that the battle against inflation is nearing its end, adding that interest rates would continue rising above 5% in 2023, beyond initial expectations of a terminal rate around 5%.

He added that the Fed is doing the best they can do in this situation, regardless to the consequences, as there is no completely painless way to restore price stability. 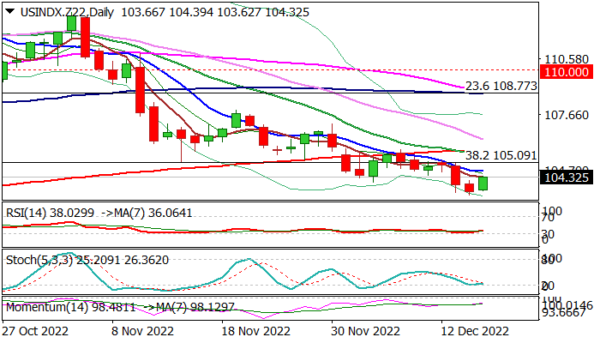