It is assumed that a bearish double zigzag of the primary degree Ⓦ-Ⓧ-Ⓨ may form in the market. To date, the actionary wave Ⓦ and the intervening wave Ⓧ may have been completed.

Thus, in the near future we can expect the development of the final actionary wave Ⓨ, which may take the form of a double zigzag (W)-(X)-(Y), and end near 127.93. At that level, wave Ⓨ will be equal to wave Ⓦ. 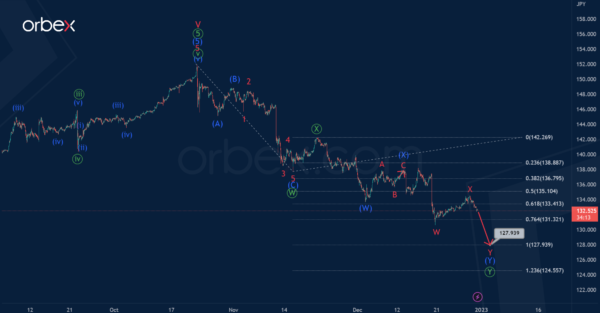 Alternatively, it is assumed that in the bearish double zigzag, only the first actionary wave Ⓦ is completed, and the intervening wave Ⓧ is still under development.

At that level, wave Ⓧ will be at 38.2% along the Fibonacci lines of wave Ⓦ. 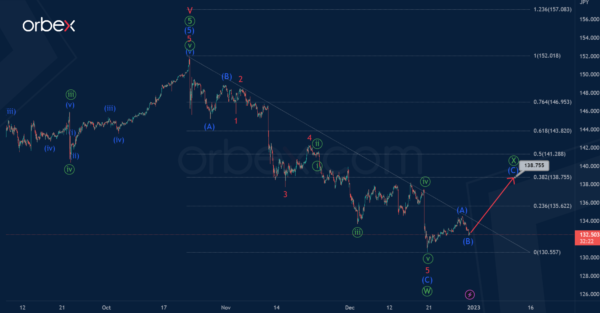