USDJPY suggests that the formation of a global cycle impulse could have been completed not so long ago. Then the fall of the exchange rate and the construction of a new bearish trend began.

Perhaps the market is developing a bearish triple zigzag of the primary degree Ⓦ-Ⓧ-Ⓨ-Ⓧ-Ⓩ. It is possible that the sub-waves Ⓦ-Ⓧ-Ⓨ have been completed to date.

Thus, in the near future we can expect the completion of the second intervening wave Ⓧ, after which it is possible to fall in the wave Ⓩ to 123.559. At that level, wave Ⓩ will be at 61.8% of wave Ⓨ. 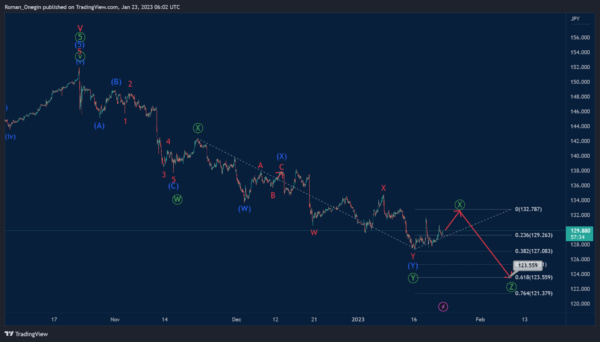 Alternatively, it is assumed that in the bearish double zigzag, only the first actionary wave Ⓦ is completed, and the intervening wave Ⓧ is still under development.

It is possible that in the near future the price growth may continue in the wave Ⓧ to the level of 139.60.

At that level, wave Ⓧ will be at 50% along the Fibonacci lines of wave Ⓦ. 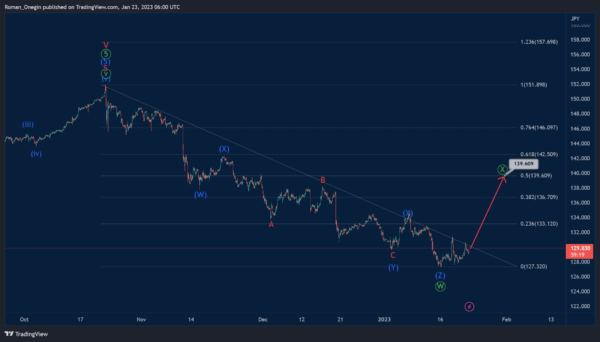