Although many technical indicators pointed out on recovery of the Dollar, the pair made a breakthrough in the opposite direction. The surge was mainly based on better than expected German Industrial Production data and hawkish comments from the ECB official. As a result, the pair returned to the 1.1780 level, from which it started to rapidly fall last Thursday. From technical perspective, now the rate is located above both moving averages and retracement level, which means that the surge could continue towards the weekly R1 at 1.1810. On the other hand, there is couple of fundamental factors that should be beard in mind, as they might notable affect valuation of the Euro. This list includes not only the EU Finance Ministers meeting in Brussels but also possible Catalonia’s declaration of independence. 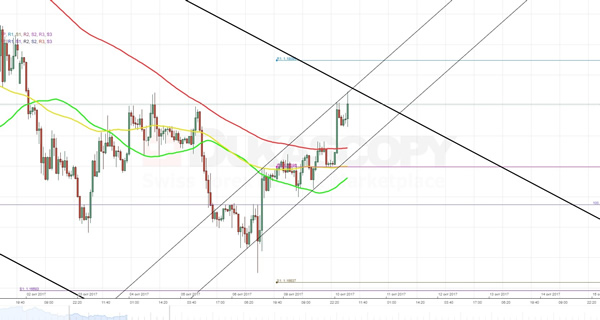 Is China In A Recovery?

USD/CAD Pulled Back From 17-Year Highs Last Week, But Bulls Remain In Control

US PMIs: What’s the Damage?