‘The market is very much tethered to movement in the broader U.S. dollar. We may be entering some very important times as the markets are digging for clues on the Trump policy front.’ – OANDA (based on Reuters)

Risk-aversion kept driving the markets yesterday, causing the US Dollar to lose nearly 100 pips against the Yen. The Buck, however, remains on the back foot, risking to post more losses versus the Japanese currency today. The monthly and the weekly S1s could still provide sufficient support in order to avoid this outcome, but that would imply a close in the green zone, with the 114.00 mark being reclaimed again. Ultimately, a drop towards 112.60 is possible, namely a strong psychological support level, which is expected to cause a U-turn if things get out of hand for the Greenback. Meanwhile, technical studies are unable to confirm any scenario, as they keep giving mixed signals.

Market sentiment remains relatively neutral, as 51% of all open positions are short and the other 49% are long. 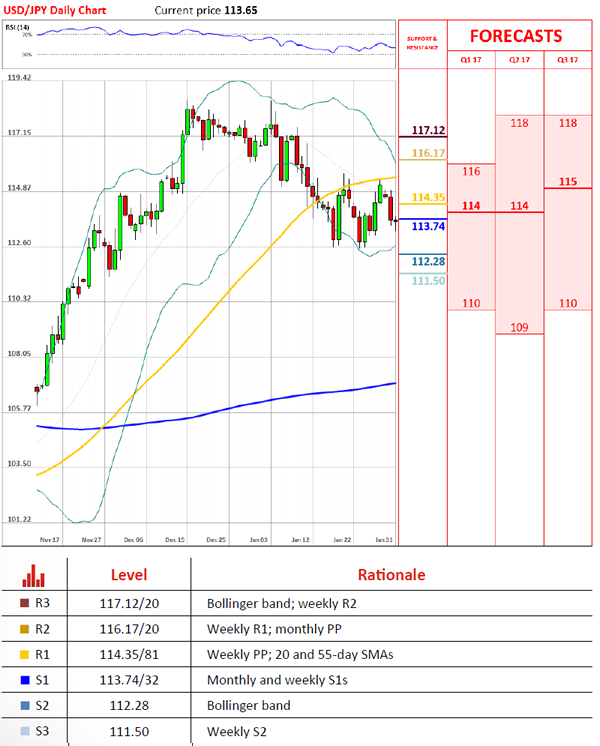 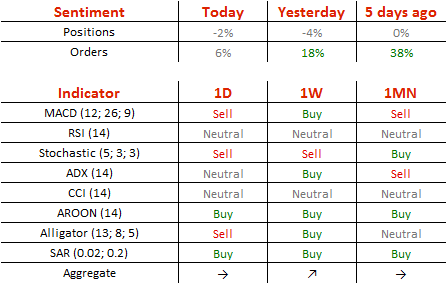