The Canadian Dollar has weakened against the Japanese Yen during the past two-and-a-half months, thus forming a descending channel. This pattern is a part of a long-term falling wedge which was formed mid-December, 2016. After bouncing off the bottom boundary of the medium-term channel, the Loonie managed to push up to the weekly R1 at 89.15 within a couple of sessions and thus reach the northern boundary of this pattern. From technical point of view, the pair should continue its movement south down to the bottom channel boundary located in the 86.00/86.50 territory. This scenario is likewise confirmed by weekly technical indicators. However, the pair found resistance at the 200-hour SMA in this session. Thus, it might still edge slightly higher before allowing bears to take the upper hand 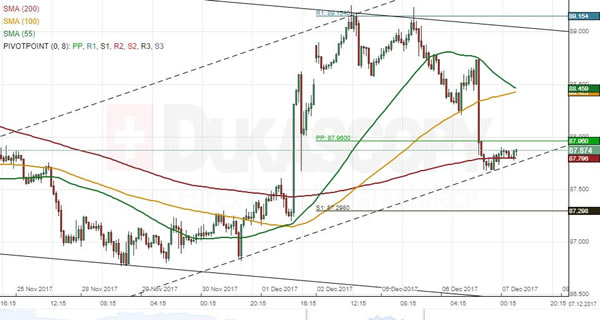