‘We are sort of eyeing the $1,225 levels in the next move if the metal breaks the recent highs of around $1,215.’ – Spencer Campbell, Kaloti Precious Metals (based on Reuters)

During the early hours of Thursday’s trading session the yellow metal surged and broke through the first weekly resistance level, which is located at 1,213.16. Due to that the metal has a free path up to the 1,219.20 mark, where the 38.20% Fibonacci retracement level is located at. However, that will be a hard resistance to break, as the Fibo is also supported by the upper Bollinger band at 1,219.89 and the 100-day SMA at 1,221.72. Although, if the resistance cluster would be broken, the bullion might jump above 1,235 level.

Traders remain almost neutral, as 51% of trader open positions are long on Thursday. In the meantime, 59% of trader set up orders are to buy gold. 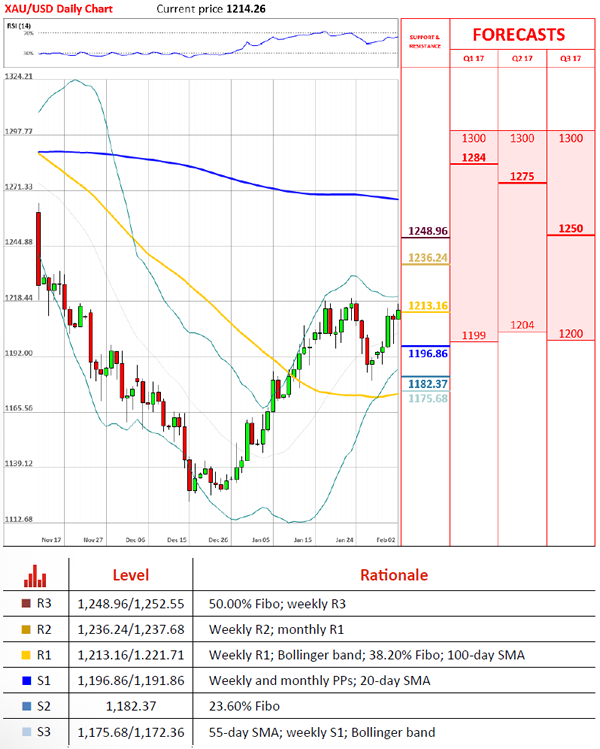 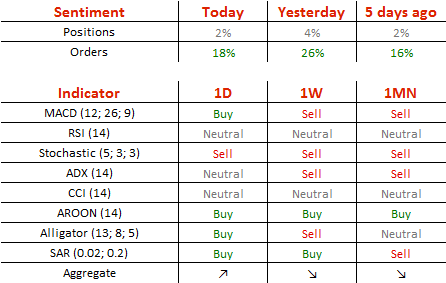