‘The euro fell the most in five weeks on a report that European Central Bank officials are wary of changing their dovish message and after the U.K. set in motion the first withdrawal of a country from the European Union.’ – Lananh Nguyen and Vincent Cignarella, Bloomberg

On Thursday morning the common European currency traded against the US Dollar near the 1.0750 level, as it was fluctuating between two levels of significance. The rate reached this level due to fundamental events like dovish ECB monetary policy signals and the triggering of Article 50 by the UK. From the upside the currency exchange rate is facing the combined resistance of the monthly R1 at 1.0772 and weekly PP at the 1.0780 mark. Meanwhile, immediate support to the pair was provided by the weekly S1 at 1.0736. It is likely that the rate will continue to move lower in the near future, as that is the medium term direction set by the rebound from the long term resistance line.

SWFX traders remain bearish, as 62% of open positions are short and 62% of trader set up orders are to sell. 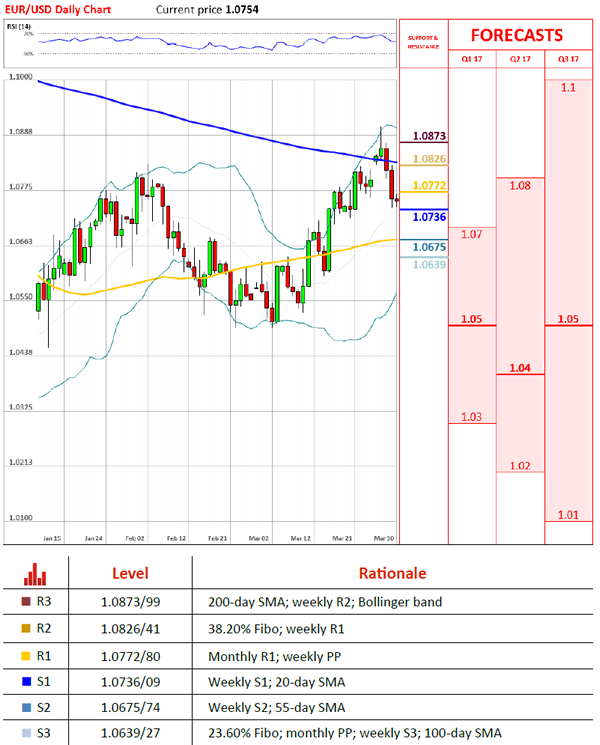 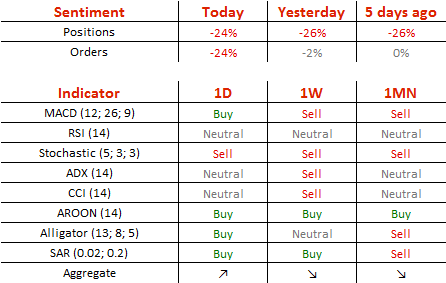