‘The dollar got some support last week from month-end buying and came off its lows, but overall its heaviness remains unchanged.’ – Daiwa Securities (based on Reuters)

The Sterling received a boost from upbeat fundamental data on Friday, which allowed it to outperform the American Dollar and retest the six-month down-trend. Technically, the GBP/USD currency pair should now bounce back from the trend-line, undergoing a bearish correction. The weekly pivot point represents immediate support at 1.2516, but is unlikely to limit the losses should those occur. At the same time, the second demand area, namely the cluster circa 1.2420, is also expected to remain out of reach today. The base case scenario is a close around 1.2490/80 zone.

Market sentiment is somewhat neutral today, as 53% of all open positions are long and the remaining 47% are short. Concerning the pending orders, 52% of them are to purchase the British currency. 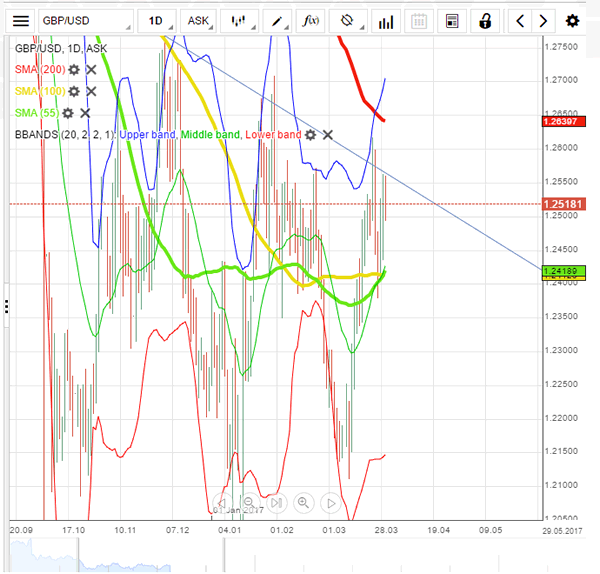 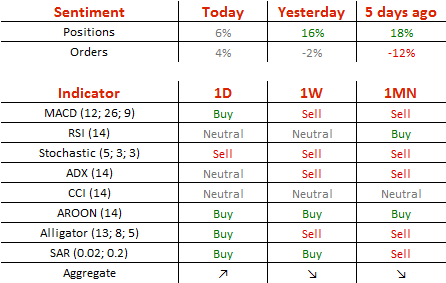