‘The recent good signals coming from the euro-area economy shouldn’t hide the fact that it remains an incomplete — and therefore dysfunctional — monetary union.’ – Maxime Sbaihi (Based on Bloomberg)

The daily chart displays that the pair has showed almost no movement whatsoever, shifting from a green to a red doji candle. It appears that EUR/USD has now initiated a downward motion as the redness of the small candle has become more consistent, meaning that 1.0639, representing the 23.6% Fibo retracement of the May-January downfall, might be the ultimate target for today. The scenario is in line with the strong resistance cluster above at 1.0673/85 which the rate has not been able to overstep, leading with the 55-day SMA.

SWFX traders remain bearish on the pair, as 55% of open positions are short on Tuesday. Similarly 51% of trader set up orders are to sell the Euro. 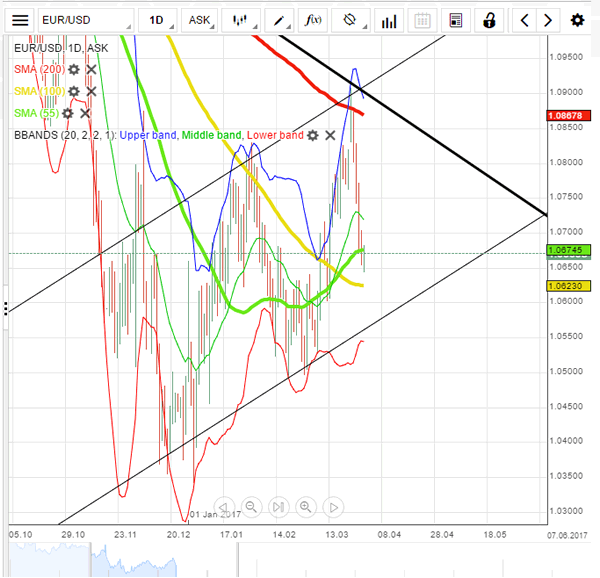 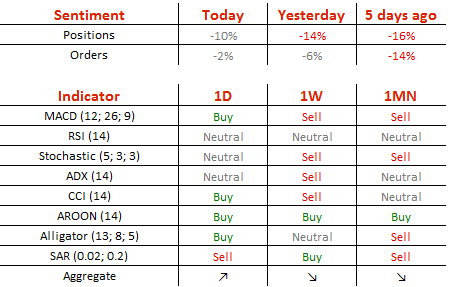