On S&P500 we are observing a bigger, three-wave recovery in progress, which can be unfolding as an Elliott wave expanded flat correction. In flats, we have a 3-3-5 structure, with waves A and B unfolding three legs, while the final wave C unfolds five of them. On that note, we are now tracking final sub-wave C of 2) which can later look for resistance and for a new turn lower around the 2700 area, where the Fibonacci ratio of 161.8 could project end of wave C. 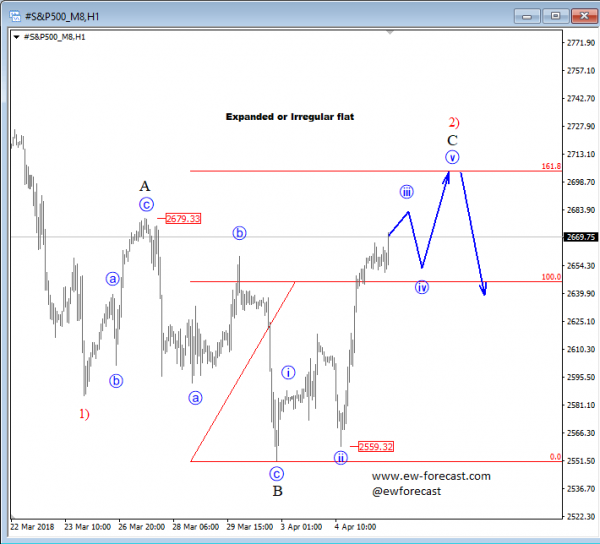 US Elections: A Simple Guide and Market Implications

Week Ahead: September Begins with a Bang!

Dollar Rebounds but Reversal Not Warranted Yet, Gold and Stocks Fall