The US Dollar accelerated significantly against the Japanese Yen on Monday, thus closing the session with a 93-pip gain. This strong upside momentum prevailed mid-day as a result of which several significant resistance areas were breached, including the weekly R2 and a trend-line at 108.45.

The pair might still edge higher during the early hours of the European session towards the weekly R3 and the 50.0% Fibonacci retracement near 109.10. However, this strong up-move should not be sustainable for long, thus allowing bears to lead the second part of the session. 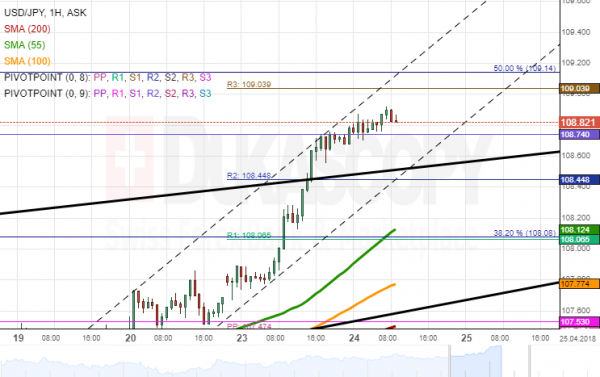