The single European currency is trading in several channels at the same time against the British Pound.

The junior pattern which has guided the pair during the past two weeks is the currency channel leading the currency movement upward. Its bottom border was tested on April 13 when the EUR/GBP exchange rate reversed from the 0.8622 mark. The pair has moved higher and a breakout through the upper boundary of a channel down had occurred.

Technical indicators favour that the pair might still appreciate during the following trading sessions. However, it is important to note that the monthly pivot point at 0.8809 could hinder the bulls from making further gains. 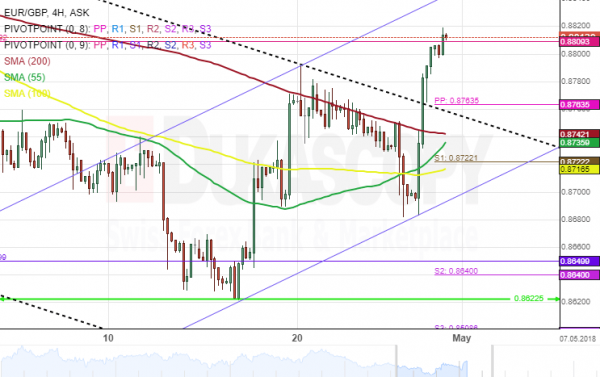 EUR/USD Outlook: Bears Are Pausing But Still On Track For The Biggest Weekly Fall In Six Months