‘Because last week was a big outside bar, this week might be an inside bar.’ – Al Brooks, Brooks Price Action (based on investing.com)

During the early hours of Tuesday’s trading session the common European currency fell below the 1.07 mark against the US Dollar, and there were no signs of the fall stopping. The currency exchange rate passed the 20-day SMA at 1.0695, which was the last support level before the 1.0659 level, where the weekly S1 is located at. Due to these factors combined it can be assumed that the pair will fall as low as the just mentioned support level by the end of Tuesday’s trading. However, it is most likely that that support level will also stop the decline of the Euro.

SWFX traders remain bearish regarding the pair, as 52% of trader open positions are short. In the meantime, 57% of trader set up orders are to sell the Euro. 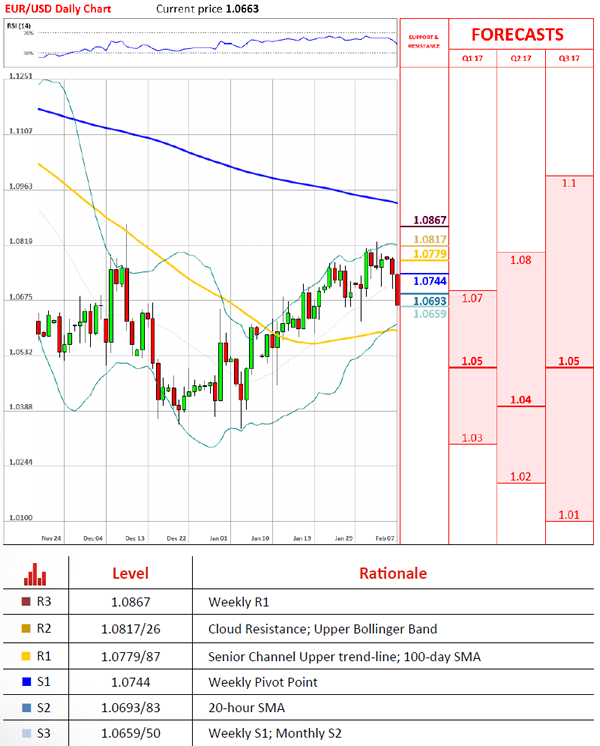 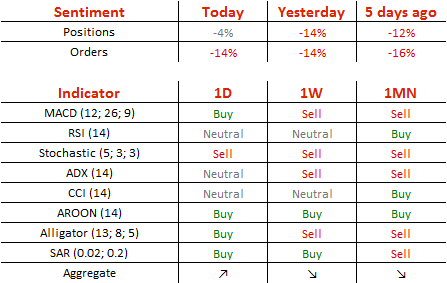