Demand for safe-haven gold eased after US President Trump announced that the summit with North Korean President Kim Jong-un is back on track, however, weaker dollar keeps gold price bid for now.

Repeated rejection at 200SMA would keep gold price within near-term congestion between 10and 200SMA, while return and close below 10SMA ($1295) would generate bearish signal and risk retest of $1282 (21 May five-month low). 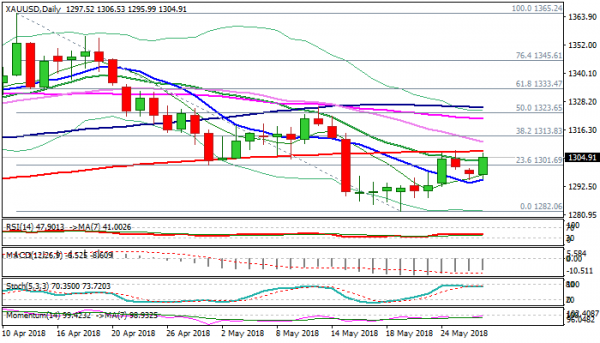