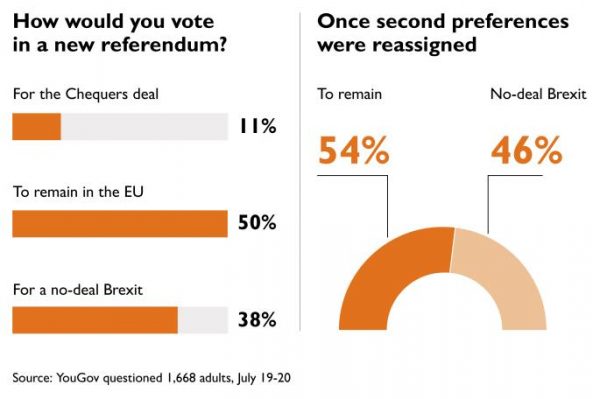 May tried to defend the plan and said “this is a principled and practical Brexit that is in the mutual interests of the UK and EU, but it will require pragmatism from both sides.” But as the Sunday Times commented, “the problem for May is that the Chequers plan is viewed as too favourable to Britain by the EU, too unfavourable to Britain by the Brexiteers and unworkable by both.”