Referring to two consecutive quarters of contraction, “Germany thus formally meets the definition of a ‘technical recession’, but this is not yet associated with a macroeconomic underutilization of capacities. Only in such a case could we speak of a recession in the sense of a cyclical phenomenon,” said Stefan Kooths, Head of the Forecasting Centre at the Kiel Institute for the World Economy.

Kiel said the economic outlook has been adversely affected above all by the political uncertainty caused by trade conflicts and the Brexit crisis, with investment and exports coming under particular pressure. Kiel Institute President Gabriel Felbermayr criticized that “the real problem with Donald Trump’s trade disputes is not the tariffs themselves, but the great uncertainty about what is to come. Uncertainty is poison for investment decisions.” 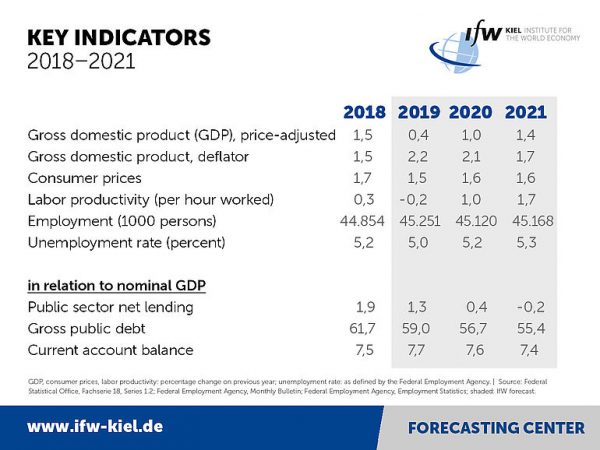