The Hong Kong HSI drops sharply today in response to the poor Chinese data. It’s also following the steep selloff this week as unrest in the city escalates abruptly. Current development affirms our view that corrective rebound from 24899.93 has completed with three waves up to 27894.56. Deeper fall should be seen back to retest 24899.93 low next. 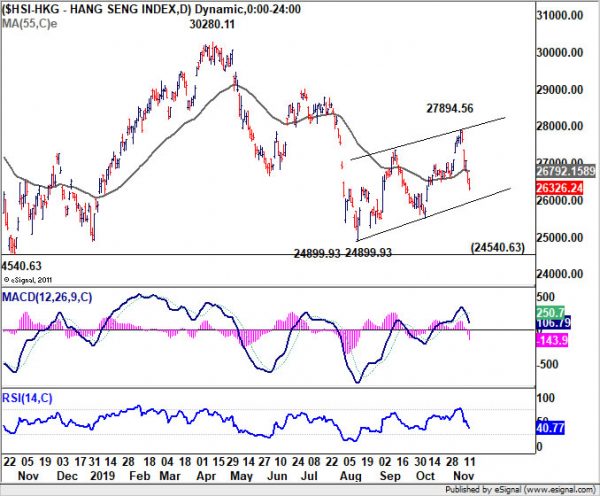