Garry Young Director of Macroeconomic Modelling and Forecasting, said, “The latest data confirm that economic growth in the United Kingdom is petering out at the end of the year. GDP was flat in the three months to October, and the latest surveys point to further stagnation in November and December. The economy is being held back by weak productivity growth and low investment due to chronic levels of uncertainty. While some uncertainty could be resolved by the outcome of the general election, it is doubtful that this will provide businesses with the clarity needed to invest with confidence.” 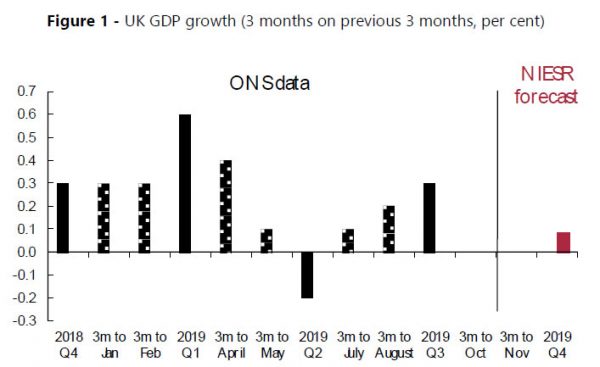